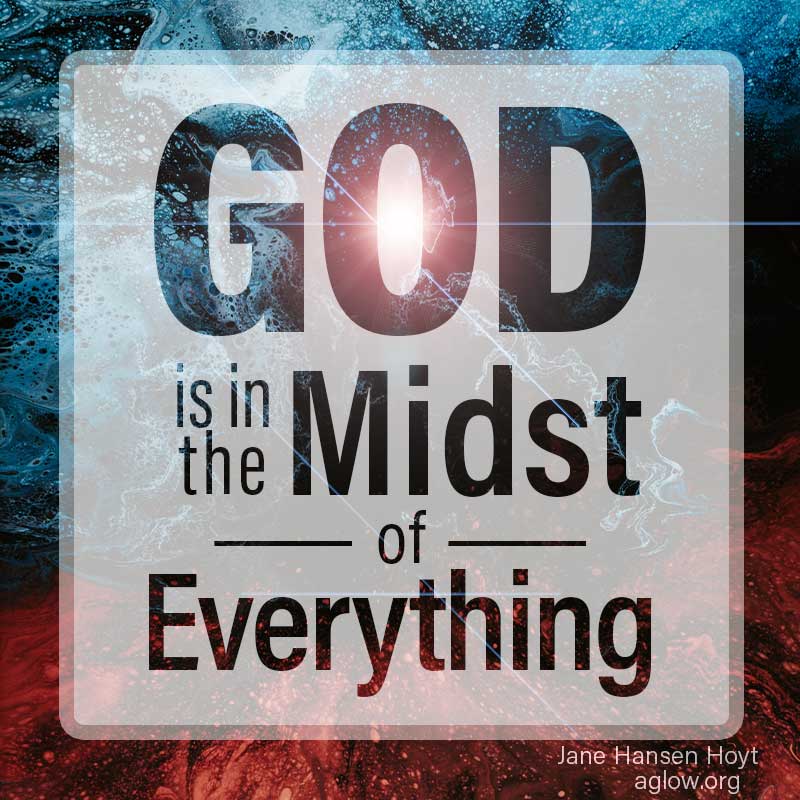 This is an excerpt from a blog by Jane Hansen Hoyt "Jump In! The Water is Fine".

Beware of the thing of which you say – “Oh, that does not matter much.” The fact that it does not matter much to you may mean that it matters a very great deal to God. Nothing is a light matter with a child of God. Nothing in our lives is mere detail. God is in the midst of everything. We live to honor and bless Him. If there is a place of doubt in your heart, stop Immediately, no matter what it is. Inquire of the Lord. Ask the Holy Spirit to reveal to you any area that needs an adjustment. God wants you to be entirely His, and this means you have to watch, listen and respond…to keep yourself fit in the things of God. . . .

This current time is a bit different from past times. We are in a Third Day Season. You may feel like, oh, I don’t have the stamina I once had. And I would respond back, just begin. Let it build and see what the Lord does to strengthen you as you continue pressing forward. 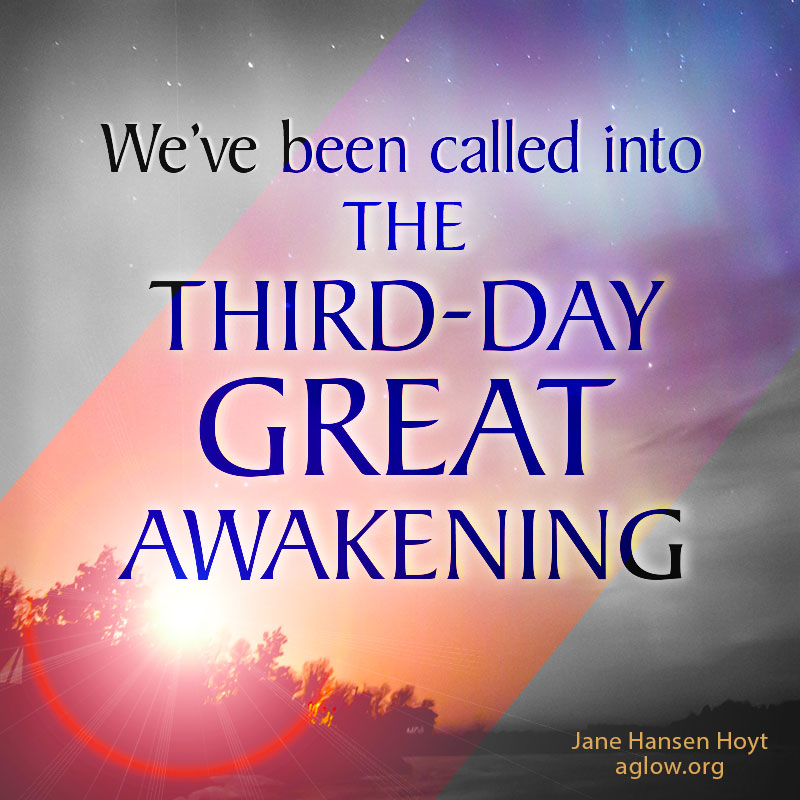 Prepared for the Third-Day Great Awakening

This is an excerpt from a letter by Jane Hansen Hoyt. To read the complete letter go to Aglow is an Eternal Ministry.

There is a door that has been opening and is now opened. I know our hand has been on the door handle. This is the time of preparation and transition into the calling Dutch delivered to us when he handed the key to me for Aglow and said that we’ve been called into The Third-Day Great Awakening. It’s the future.

You’re being prepared for this Third-Day Great Awakening that has begun, or we are right on the verge of. He has been equipping us, preparing us, making us ready for that day.

Chuck Pierce said, “It’s a decade of decreeing the will of God in the earth.” We have had some experience in decreeing things. God has led us in our personal lives, in regional gatherings, international conferences to make bold decrees in the earth. Are we ready? We’re ready!

We know these truths, we believe them 100% but there’s an element in the spirit that’s like a key in the door that has to unlock what this future activity is going to look like and mean.

It’s a decade of decreeing the will of God in the earth. This new historic era is filled with war. But the exciting thing is that this era is also filled with Glory.