1Chronicles 12:32 speaks of men of Issachar who understood the times. Today, God is calling for men who understand the times – men who will pray with godly authority for heavens kingdom to invade the kingdoms of this world. Such men are found in Aglow!

What is “Men of Issachar”?

After recent discussions at the Aglow Headquarters Office, it has been decided that Men of Aglow, or Men’s Aglow, would officially become Men of Issachar, Aglow International.  Any Aglow group comprised of men will now be called a Men of Issachar group.

The Men of Issachar prayer network is now an intricate part of the Men of Issachar, Aglow International.  With a discerning and understanding of the times, men are invited to join together and bring a godly influence and change into their sphere of influence by being a carrier of His Presence in the earth.

Dave McDaniel shares about Men of Issachar. Download this video

At our 2014 US National Conference, Jane Hansen Hoyt introduced Dave McDaniel as the new Men of Issachar Director. We are excited that Dave will oversee this portion of Aglow. After Jane introduced him at conference, Dave remarked, “God is very interested in pouring out the fullness of His Presence into the earth like never before.  Begin to serve wherever you are at.  This is not a time to be complacent.”

Dave serves on the Leadership Team of a Men’s Aglow (now Men of Issachar, Aglow International) in Bakersfield, California.  He is an engaging speaker with an enthusiasm for seeing people live in the fullness of their identity and spiritual inheritance.  He also has been instrumental in promoting Men of Issachar, an Aglow prayer network inviting men to participate together in prayer. 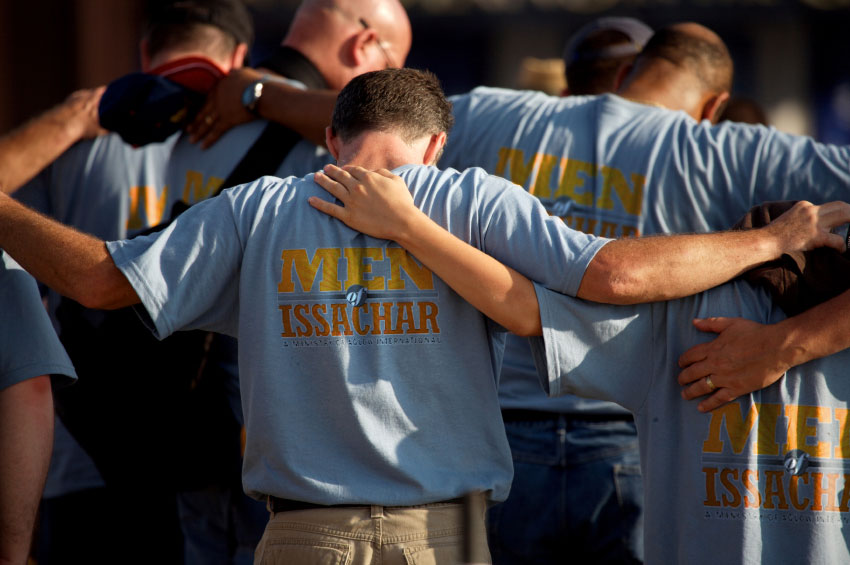 Profile of Men of Issachar

Find a Men of Issachar Group

Men of Issachar groups are already meeting in many nations, and their numbers are growing. If you are interested in attending a Men of Issachar group, please contact the Aglow leadership in your nation to learn where the groups meet – or how to start a group!

For US groups contact Dave McDaniel at This email address is being protected from spambots. You need JavaScript enabled to view it..

Who Can Enlist with Men of Issachar?

Men of IssacharAny man (no age requirements!) who has personally accepted the Lord Jesus Christ as his Savior and has a desire to pray may enlist. Expect to pray. Expect to grow in your prayer life. Expect to make a difference through prayer. Your first step is to click on the button below to subscribe to our monthly newsletter.

As we stand together in prayer, we will hear a fresh kingdom sound -- male and female voices together, united yet unique, in prayer, in worship, in conquest proclaiming the majesty of God.