Baptism in the Holy Spirit 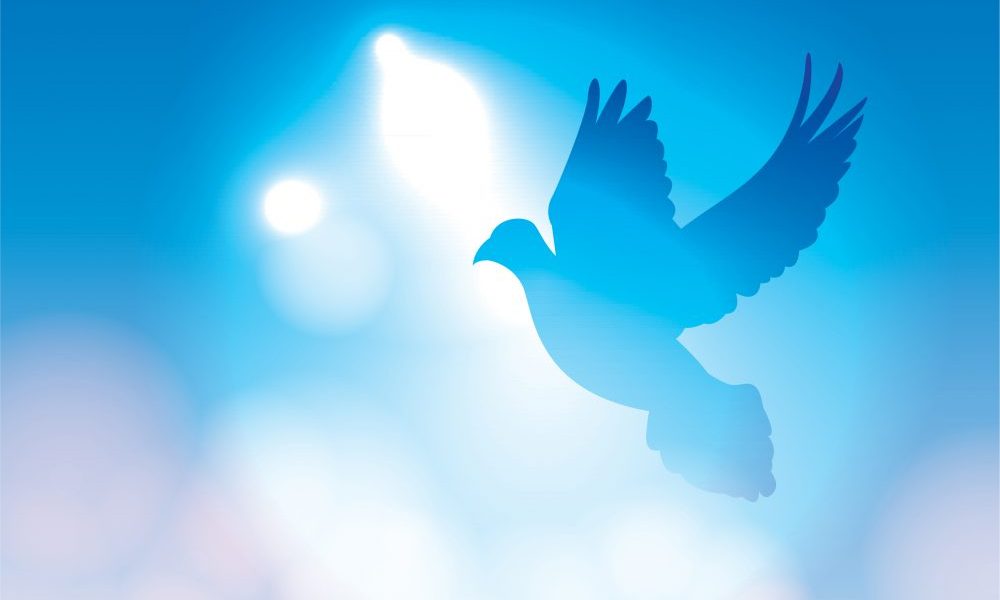 You don't have to just go on wishing. Spiritual power is available to all Christians. As a matter of fact, God is probably more anxious to give it to you than you are to receive it.

Giving His people spiritual power has always been part of God's plan for us. Unfortunately, throughout much of history, Satan has blinded us and kept this wonderful truth a secret from most Christians. However, today, God is giving His spiritual power to great numbers of people. He will give it to you, too.

The way God gives His spiritual power to Christians is through the baptism in the Holy Spirit. You see, when we are saved, God's Holy Spirit comes into our human spirit and gives it life. Then, when we are baptized in the Holy Spirit that same Spirit is released so that it overflows into every part of us, giving us spiritual power to fully live the Christian life. God doesn't want us to just have His Spirit - He wants His Spirit released in our life.

Thousands of years before Christ was born, God began to tell His people about a time in the future when His Holy Spirit would be released within His believers.

God made many such wonderful promises in the Old Testament, but these things didn't begin to happen until many centuries later. While Jesus was on earth, He also talked about the pouring out of the Holy Spirit.

"On the last and greatest day of the Feast, Jesus stood and said in a loud voice, 'If a man is thirsty, let him come to Me and drink. Whoever believes in Me, as the Scripture has said, streams of living water will flow from within him.' By this He meant the Spirit, whom those who believed in Him were later to receive. Up to that time the Spirit had not been given, since Jesus had not yet been glorified."

Shortly before He died, Jesus told His disciples more about the Holy Spirit.

"And I will ask the Father, and He will give you another Counselor (Comforter) to be with you forever - the Spirit of truth. The world cannot accept Him, because it neither sees Him nor knows Him. But you know Him, for He lives with you and will be in you.

"I am going to send you what My Father has promised; but stay in the city until you have been clothed with power from on high."

You will remember from the first question that the Father had promised to send His Holy Spirit.

Jesus told His disciples to wait until they received the Holy Spirit because He knew they would need His power to become the kind of witnesses He wanted. That happened on the Day of Pentecost.

"Suddenly a sound like the blowing of a violent wind came from Heaven and filled the whole house where they were sitting. They saw what seemed to be tongues of fire that separated and came to rest on each of them. All of them were filled with the Holy Spirit and began to speak in other tongues as the Spirit enabled them."

"Now there were staying in Jerusalem God-fearing Jews from every nation under Heaven. When they heard this sound, a crowd came together in bewilderment, because each one heard them speaking in his own language."

Peter, the same disciple, who had once denied even knowing Jesus, now boldly spoke to the crowd. He told them this was the pouring out of God's Spirit that had been foretold by Joel. He also told them that the Jesus they had put to death had been raised by God, and God had made Him both Lord and Christ. Now at the right hand of God, He had poured out the Holy Spirit.

"When the people heard this, they were cut to the heart and said to Peter and the other apostles, 'Brothers, what shall we do?' Peter replied, 'Repent and be baptized, every one of you, in the name of Jesus Christ so that your sins may be forgiven. And you will receive the gift of the Holy Spirit. The promise is for you and your children and for all who are far off - for all whom the Lord our God will call.'"

"Those who accepted his message were baptized, and about three thousand were added to their number that day."

We know the disciples received power from on high because everywhere they went, people were healed and evil spirits were cast out. Men put in jail were freed by angels and one time an earthquake broke their chains. People were raised from the dead and evil people were shown up for what they really were. And thousands believed and were saved.

The baptism in the Holy Spirit was not limited to the Jews. Let's see what happened when Peter traveled to Joppa.

"While Peter was still speaking...the Holy Spirit came on all who heard the message. The circumcised believers who had come with Peter were astonished that the gift of the Holy Spirit had been poured out even on the Gentiles. For they heard them speaking in tongues and praising God."

Later in Jerusalem Peter explained what had happened.

"As I began to speak, the Holy Spirit came on them as He had come on us at the beginning. Then I remembered what the Lord had said, "John baptized with water, but you will be baptized with the Holy Spirit." So if God gave them the same gift as He gave us, who believed in the Lord Jesus Christ, who was I to think that I could oppose God!" When they heard this, they had no further objections and praised God, saying, 'So then, God has even granted the Gentiles repentance unto life.'"

"But you will receive power when the Holy Spirit comes on you; and you will be My witnesses in Jerusalem, and in all Judea and Samaria, and to the ends of the earth."

"In the same way, the Spirit helps us in our weakness. We do not know what we ought to pray for, but the Spirit Himself intercedes for us with groans that words cannot express."

In other words, God gives us the baptism in the Holy Spirit to empower us for witness and service, and to give us a new language of praise, prayer and intercession.

The Holy Spirit is also the One who gives the gifts of the Spirit to people.

Wherever the disciples went to preach, these spiritual gifts were put into action. It was these signs and wonders that convinced people that Jesus had been raised from the dead and was truly alive, and made them become His followers, too.

Through the passing years, however, much of Christianity forgot about the gifts of the Spirit and the baptism in the Holy Spirit. At the same time the signs and wonders, the miracles, became a thing of the past.

But that was man's fault. God has always been ready to give Christians His power for service and for prayer. And today we are seeing God's Holy Spirit poured out just as it was in the early days of Christianity.

Would you like to be baptized in God's Holy Spirit - to have the Holy Spirit released in you in the same way He was in the disciples and in millions of Christians today? All you have to do is ask.

Before you ask, however - if you have ever been involved in any cult or occult activity**, you need to confess it to God, ask forgiveness and then ask Him to cleanse you from it.

Pray this prayer: Dear Lord, I confess that I have been involved in some level of occult activity. I ask You to forgive me and to cleanse me with the Blood of Jesus. Cut and sever any ties between me and that occult activity. I renounce my involvement and confess that Jesus is my Lord and I give Him Lordship over my life. In Jesus’ Name, amen.

Different people feel different when they receive the Holy Spirit. Some get very emotional and cry or laugh happily.

Others stay very quiet and don't feel anything at first. How you feel is not important. What is important is that you believe God will give you what He has promised.

If you want the baptism in the Holy Spirit and there is no one to pray for you, you may pray this prayer:

Dear Lord, I ask you to baptize me in Your precious Holy Spirit and give me a new language. I’m going to stop praying in English and pray with my new prayer language as You give me the words to speak. Thank You!

If you will prayer that prayer, Jesus will baptize you in His Holy Spirit. In Luke 11:19-13, Jesus says, "So I say to you: Ask and it will be given to you; seek and you will find; knock and the door will be opened to you. For everyone who asks receives...Which of you fathers, if your son asks for a fish will give him a snake instead? Or if he asks for an egg, will give him a scorpion? If you the, though you are evil, know how to give good gifts to your children, how much more will Your Father in Heaven give the Holy Spirit to those who ask Him!"

The words, ask, seek, knock literally mean to go on asking, go on seeking, go on knocking...if you do, you will receive and find, and it will be opened to you.

When the Spirit comes upon you, you will find yourself wanting to express prayer and praise to God in syllables, words and sentences in a language that is unknown to you. Relax! Go ahead and begin speaking what the Holy Spirit is giving you to say to God. At first, you may receive only a few syllables like a baby just learning to talk. Start saying by faith the syllables God gives you again and again until God gives you more. Be patient. Soon you'll be speaking fluently. Use your new language every day.

The baptism in the Holy Spirit is a beautiful gift from God. As you pray in your native language and in the Holy Spirit language, you'll find your prayers being answered in ways they've never been before. That's because you'll be praying the prayers God wants you to pray.

As you move in power and in the spiritual gifts, and, as you let the Holy Spirit guide you more and more, you'll find your life being filled with excitement - and with power. Why wait another day?

NOTE: If you would like someone to pray with you to receive the Baptism of the Spirit with your new prayer language, feel free to call the Aglow Headquarters at 425-775-7282.

**If you are not sure what might be include in occult activity, we have listed some here. This is not an inclusive list.

For more information, see What is Darkness? (Formerly entitled Freedom from the Occult) in Aglow’s brochures.