Called to Propel The Kingdom Forward 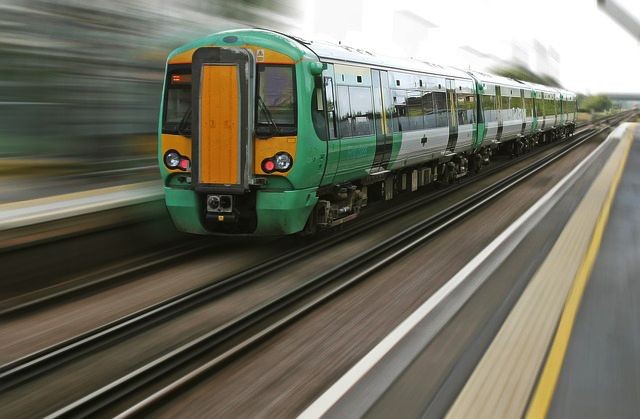 Welcome to a new year of exploration! Who will God be for us this year? This will be a year marked by first fruits as each day presents opportunities for new beginnings. He has made all things new!

The Field Is Ours

In reading about Ruth, my attention was drawn to the very specific steps that she took in moving from gleaning in the field to owning the field. First, she washed her face. Next, she changed her dress. Then she went to the fields.

God has led Aglow in very specific steps in the past 50 years, and He is leading us purposely as we begin our next 50 years.

For that reason, I am asking that as make decisions this year, make them out of the new place rather than the way decisions have always been made. There is a new way of engagement. Spend more time in worship. Spend more time listening for Holy Spirit. A new cadence is sounding in Heaven and with it new assignments and missions are being released. Some are distinctively related to gates of nations. Some are for gates in cities. We are aligning with the new that is being released, for the winter has passed and springtime has come! Expect to do things differently!

As I have reflected daily on who Aglow is in this new season, I am confident that God has called Aglow to propel the Kingdom forward this year. I am eager to explore the many ways He will work through us in the nations because He has positioned us both spiritually and geographically as a movement that prays from a place of Kingly intercession. We have gained air superiority! Let’s use it!

As the staff gathered our first day back to work, we worshipped to an old song, an anointed song. Since that day, I have listened to it many times in the quietness of my home while tears flowed. I find myself captured by His Glory.

On our first Friday in the office, following a meeting, we began to listen to the song, Healing in Your Glory, by Lindell Cooley, a song that came forth in the Brownsville Revival. An hour later, after listening to the song repeatedly, we found ourselves overshadowed by His Glory. I have been drawn to listen to it over and over as have several others. I’m including a link for you to draw aside and be overshadowed. Listen to Healing in Your Glory

As I drew my December, 2017 letter to a close, I quoted a statement Graham Cooke made in Richmond: People in alignment will surpass those who are out of focus. Before our 50th conference, I felt the nudge to look more closely at alignment - partly because I had received a copy of Asher Intrater’s new book, Alignment. As I read through it, I was reminded of Graham Cooke’s book, Coming into Alignment, which he dedicated to Aglow.

Alignment is all about position. It is a pathway that has been prepared beforehand to be walked. The pathway requires both intimacy (love and submission) and authority. When we have a tender heart and a sensitive consciousness, we look for alignment and submission in every situation we face. Think about applying this in your group dynamics – laying down your rights for the greater unity that alignment brings. It is the oneness Jesus speaks of in John 17:22 that exists between Him and the Father.

Alignment is an order that allows for everyone to have their place and their function within the framework of that order. Within alignment, an atmosphere for bearing fruit is created.

Having gone through a portal/gate/door, we find ourselves facing decisions that require immediate alignment. Alignment which brings precise adjustments and proper positioning of every piece so that there is proper relation amongst all parts. Aglow is being aligned to be in the right place at the right time.

In November, we responded to a word given by Barbara Yoder at our 2017 conference to gather within 30-60 days with a map. I gathered a small group of 7 together in November to look at different pieces of the ministry and how we could go to a higher place of alignment. The group consisted of Nancy McDaniel, Global Prayer Director; Linda Jones, Director of the U.S. Field; Jervae Brooks, Director of the International Field; Joan Bennet, Director of Asia and the South Pacific; Kay Rogers, Chief of Strategic Services; and Kathy Sanders, Global Leader Development Director and myself.

Because so much was said by our conference speakers identifying Aglow as a major prayer movement in the earth, I feel part of the unfolding strategy for this year revolves around prayer. We are seasoned warriors who pray from a place of kingly intercession and we have gained ‘air superiority’.

Looking to see how God has repositioned us in this new season, we see alignment in what we previously called ‘Global Prayer Assignments’ – a prayer call previously held the 4th Thursday night of each month and the Critical Mass Prayer calls – a call responding to critical global issues. We will call for global prayer calls as the need arises so watch for email announcements. The 4th Thursday night pray call will be discontinued.

Another prayer strategy we felt the Lord is instructing us to set up involves Prayer Journeys to specific nations. We are considering trips to several nations in Asia this summer. More details will unfold in the coming months; I will be asking you to partner with us in prayer and finances to fund the trips.

I came out of conference with 4 words: doors, gates, angels, war. I feel there are specific doors or gates that we will encounter this year that will elevate us in propelling the Kingdom forward. We need to ask ourselves and our teams key questions in order to move from a church environment mentality to a Kingdom mindset that can rise as the Army of God in the earth.

I am asking you, as one who is part of the Aglow movement, to spend time reading the Gospels this year. Everything Jesus did, He did out of the Kingdom. He was dismantling an old way of doing things and showing them how the Kingdom works. We are a Kingdom people and Aglow is called to propel the Kingdom forward. Therefore, our text for the year will be the Gospels. Set aside time to sit in quietness, listening for direction from Holy Spirit.