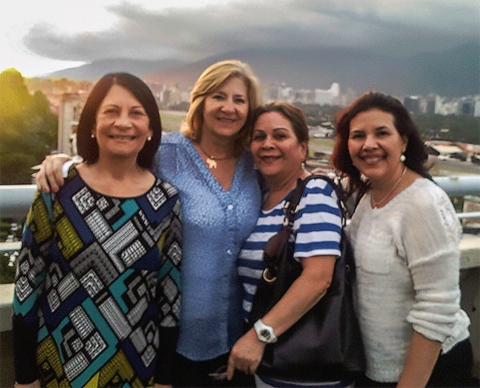 In July the Aglow Venezuela National Board traveled to Caracas to join with the Capital Prayer Lighthouse there for prayer in the capital city. During their visit the National Board had the opportunity to pray at strategic places where the most relevant decisions which concern the entire nation take place.

The team moved from the streets that surround the National Assembly, praying near the residence of the President of the Republic and surrounding areas, to the Cabildo Metropolitano, one of the two governing bodies of the Metropolitan District of Caracas. The group interceded for justice, declared the truth of the Word of God, and prayed to see God's will done in Venezuela as it is in Heaven.