Arise And Shine For Our Light Has Come Indeed 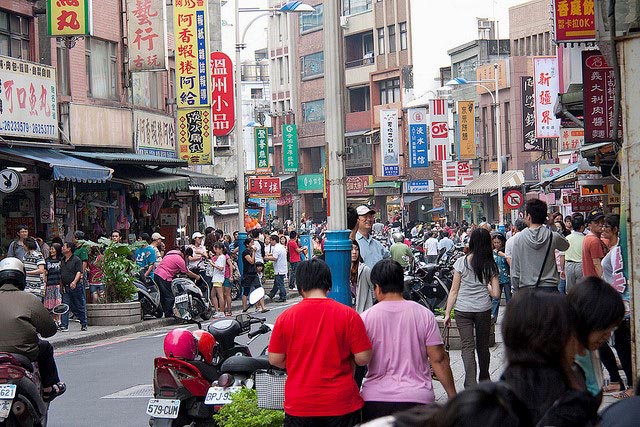 Recently, an Aglow Hong Kong team traveled to Taiwan where they met with several “godly and strategically positioned men and women of faith” in Taipei.  These men and women were instrumental in opening doors for the team to minister to the indigenous TaiYa people.

While visiting a church in the heady heights of Taipei, the team had a short but intense time of Capital prayer, an Aglow ministry which focuses on praying for the government and those in authority over the nation . They rounded off the trip by making proclamations over Taipei/Taiwan as they took off on their flight home.  Jane Lau, Aglow Hong Kong National Board Prayer Coordinator writes, Taiwan will never be the same again!

Jane Lau writes, We meet together at least once a month on another Tuesday to pray for Aglow needs and current issues. On the last Friday of the month we meet for Night Watch from 10pm to 6am the next morning. Here we take more time to pray in greater depth for global to local prayer topics.

Every first Monday of the month we meet for I-Closet prayer covering our 2nd and 3rd mandates, Islam and Israel. Recent topics included prayer for Muslims in Muslim nations without Aglow presence. Israel prayer included the plight of the Ukrainian Jews and the failed peace talks.

WOI (Women of Influence) meets monthly, praying for salvation and passionate faith for our husbands. Recently, we made proclamations and focused on intentional thanksgiving for each husband's needs, which often leads to repentance and reconciliation.

Oasis is our lunchtime ministry to women in the marketplace. It is a joy to be able to speak life, love, and hope into peoples' lives in tandem with the Holy Spirit.  Here is where much RRBB (radical, radiant, bondage-breaking) prayer occurs!

We also have Prayer Chain which consists of 5 groups of 3 ladies who pray for specific and often dire circumstances in people's lives. Prayer Chain has been praying fervently these past couple of months concerning a 10 year old girl who had a fast growing malignant tumor in her cheek which threatened to blind the eye above it.  We prayed against the severe side effects of chemotherapy and for the tumor to go.  I'm happy to give a praise report.  Much to the doctors' amazement, the tumor which was expected to only shrink in size, completely disappeared! The girl is currently undergoing intense radiation therapy to eradicate any rogue cancer cells in the surrounding normal tissue, so we continue to put Jesus’ name above the effects of radiation!

Hong Kong is currently embroiled in the issue of same-sex marriage with a marriage bill about to be drafted.  We have been bringing awareness of the issue to our ladies and praying for God's wisdom to prevail.  A peaceful march has been organized for people and their families to come and show support for marriage as found in the Bible.

Jane concludes, We arise and shine for our light has come indeed!