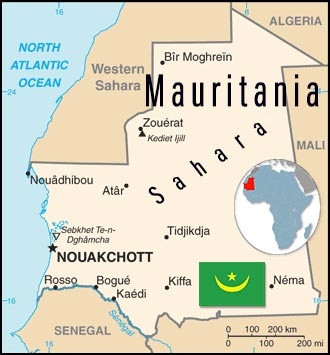 While visiting various nations in western Africa, Augusta Odoteye, National Director for Aglow in West Africa, received an email from a woman and a pastor in Mauritania who are interested in reviving Aglow there because they had heard that the Aglow ministry had once been in their nation.  They are part of a group of about a dozen people who are meeting regularly and praying.

During her stay in Senegal Augusta was able to call them several times.  In the course of the phone calls, the group requested more information to read and study, so she scanned and sent sections of the Local Handbook for their perusal.

Augusta writes, “What excites me most is that when we started Aglow in Mauritania, they were all foreigners trying to work among the Mauritanian women.  But with the Coup and persecution in the churches, practically all left.  People were afraid to meet in groups for any reason, and that brought down the Aglow ministry.  The group of people that are now meeting and praying are all Mauritanians.  I have sent them an email since I got back and will follow up with a call to them to find out how they are doing.  Please lift them up before God in your prayers.”

Read more about Mauritania from aglowglobalprayer.org.

The Vision of Aglow International is to carry the truth of the Kingdom that: