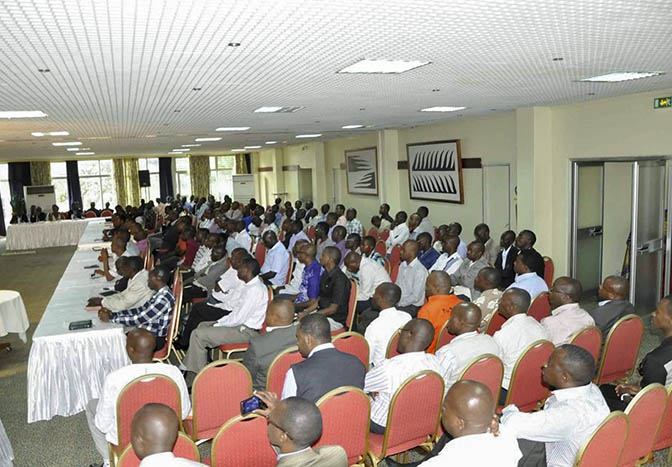 Over 200 men attended the first Men of Aglow meeting in Rwanda.

It was as if the men were hungry all the years waiting for their turn! The men fell in love with Aglow because most of them have already fallen in love with Jesus. It was the first time for most to attend and to hear of the Aglow vision and mission.

Some had been attending Aglow meetings with their wives, but they confessed that this meeting was heaven sent.  At the meeting the men committed to revise and change the way they have been treating their spouses and families.

The vision of Aglow International is to carry the truth of the Kingdom that: