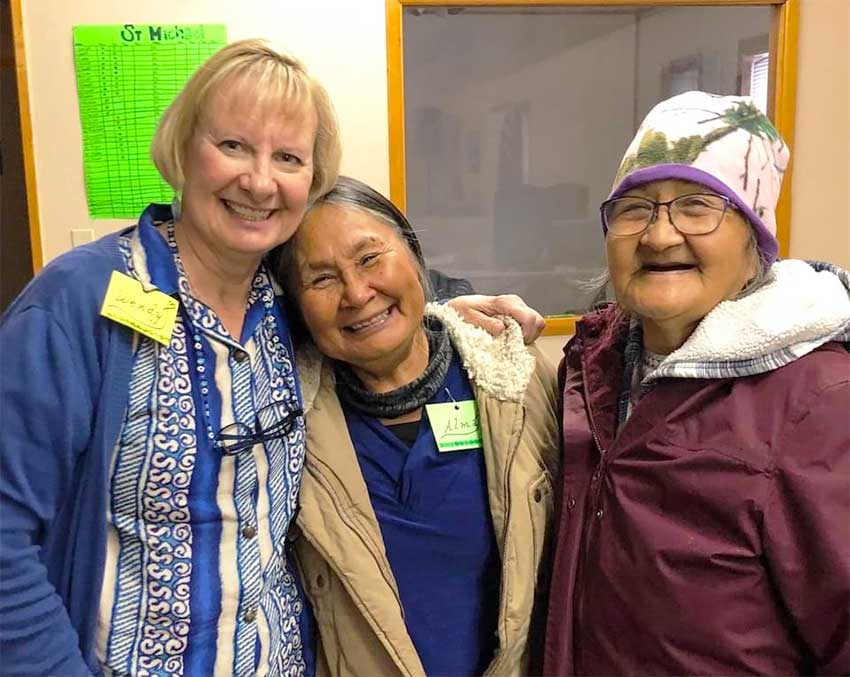 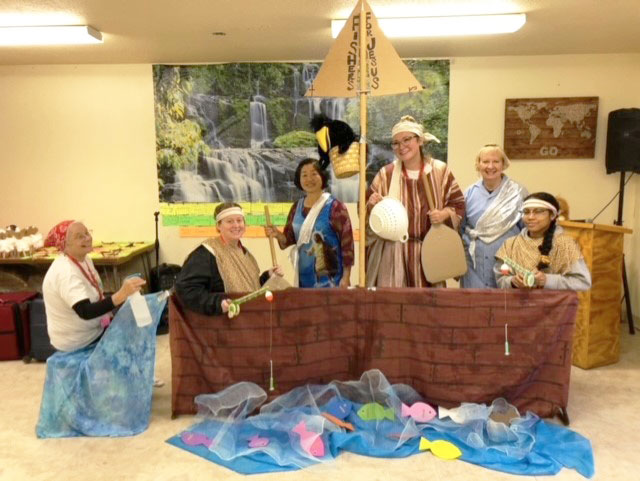 Recently Fran Hallgren, a leader of Aglow Transformation teams, headed up a small, but powerful team of seven (ages 75 to 17 with the 17-year-old turning 18 on the trip) into the remote Alaska villages of Stebbins, and St. Michael. While many might not feel the nudge to go, without the Transformation team, the children and women would never know how much Jesus loves them. Many of the remote villages have never had a Vacation Bible School for kids or a Night out for Women. Because Aglow goes, they are able to see, hear, and feel Jesus for themselves.

Fran said, "Because Aglow has been faithful to go to the remote villages, we have gained favor with them. Now, they ask for us by name and it is our joy to go."

Two days before the trip, Fran had a procedure on her right eye and the result was that she could not see very well. She couldn't wear her contacts and sat on her glasses, breaking off an earpiece! This resulted in others on the team rising to new places of responsibility. Fran said, "It was beautiful to watch them take up the slack caused by my eyesight. They grew in both confidence and creativity! And as we took communion one day, my eye was healed!"

The struggles in the remote villages are real. Instead of candy, the Transformation teams often bring in fresh fruit. This time was no different and they were surprised to learn that some of the children attending VBS had never seen a banana! They had to first teach the children to peel the banana and then eat it.

A couple of the team members would 'dress up' and walk down the street calling out to all the children they saw to come to VBS. On the last evening, they watched as children ran down a boardwalk to get to the meeting place. On 'Lost Sheep' day, several children raised their hands as being 'lost sheep'. After prayer, we now have new Kingdom Kids!

For the ladies meetings, the women were treated to special soaking times in God's Presence. When asked if they wanted to move to the next things, a low voice came from the back of the room saying, "Noooooooo!" As hearts are touched and people begin to experience their worth, transformation begins and lives are changed.

During one of the VBS sessions, an older boy was rowdy and causing trouble. As one of the team pulled him to the side to talk with him, she remembered meeting his sister when the team had been in St Michael's before. Sadly, since that visit, his sister had committed suicide. As our team member talked with him and prayed with him, he was very comforted that his sister was remembered by the team.

Sometimes, we wonder if what we do is enough or if it makes a difference. Here is a testimony from one of the team members. "I have traveled with Fran doing these missions for the past 10 years. We have ministered in about 20 villages, visiting some more than once. St Michael and Stebbins are villages we visited in 2019. There was a lot of bold shaman activity then. The atmosphere is now different; the shaman's house is gone. In Stebbins, this year, a couple of the women announced that the 'dark spiritual atmosphere' left when we came. Join us in praying that it stays that way!"

If you would like more information or guidance on how to do a Transformation trip in your "backyard",  let us know and we will connect you with Fran Hallgren.