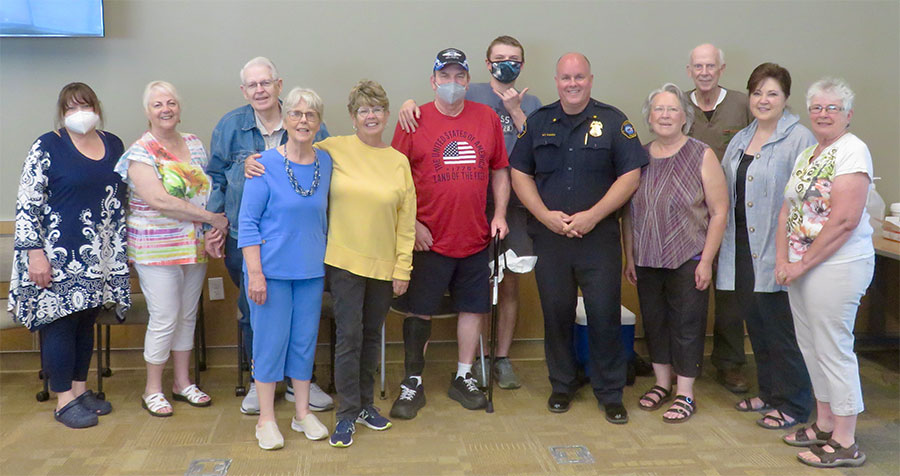 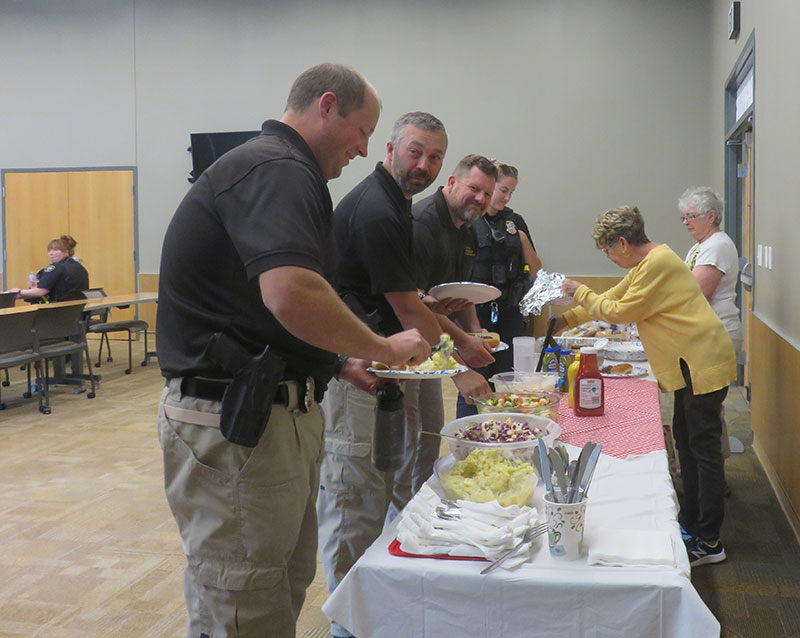 Shelly Breitzmann, VP of Administration, for the Duluth, MN Community Lighthouse sent in a very exciting update telling how their relationship with the Duluth Police Department is continuing to blossom.

Shelly said, “We are having a delightful year! The word community is taking on new meaning for us. As those in Duluth have heard how our Aglow group has come in to serve the Police Department for quite a few years, they are now coming alongside of our efforts to bless law enforcement.

In June, the Police Chief announced his retirement and before we knew it, our day to bless the department turned into a party to honor the Police Chief, too. Chief Mike Tusken had planned on having a day off on the day we were coming in, but in his own words, he said, “I showed up because Jean Priest (President of the Lighthouse) told me I had to be here!”

When someone commented that Chief Tusken was not wearing his bulletproof vest, his reply was, “I don’t usually wear one because Jean tells me I am protected by all the prayers of your group.” The Aglow members assured him that they pray for safety for All officers, some daily and especially at times when they hear a siren. The proof of how being consistent through the years has built trust and relationship came when Chief Tusken asked to take a group picture with the Aglow women.

The picture was shared on the Duluth Police Department Facebook page along with this post: “Today, AGLOW hosted a luncheon for our staff, as well as wished Chief Mike Tusken a nice retirement. We appreciate the support from this group, and look forward to continuing our partnership.”

So far this year, the Duluth Community Lighthouse has held these very successful outreaches to the following Law Enforcement Departments:

We are working with the Superior, WI PD on a date where the night shift can enjoy a meal. We always leave extra food and desserts for them and look forward to taking advantage of this special invitation.

One of our members purchased Law Enforcement Bibles and has them available for all who want them at our outreach events. He has also purchased Bibles for Firefighters and we look forward to making those connections.

Our latest connection to the community came in July when one of our members heard of a large event – Veterans on the Lake – in Superior, WI where over 100 veterans will be taken on a fishing excursion on Lake Superior. We will provide salads and volunteer for setting up, serving a shore lunch, and with clean-up assistance.

God has opened doors previously shut. He favors us as we walk through them. The relationships we are building with our surrounding communities are priceless.