Why I Love Aglow International 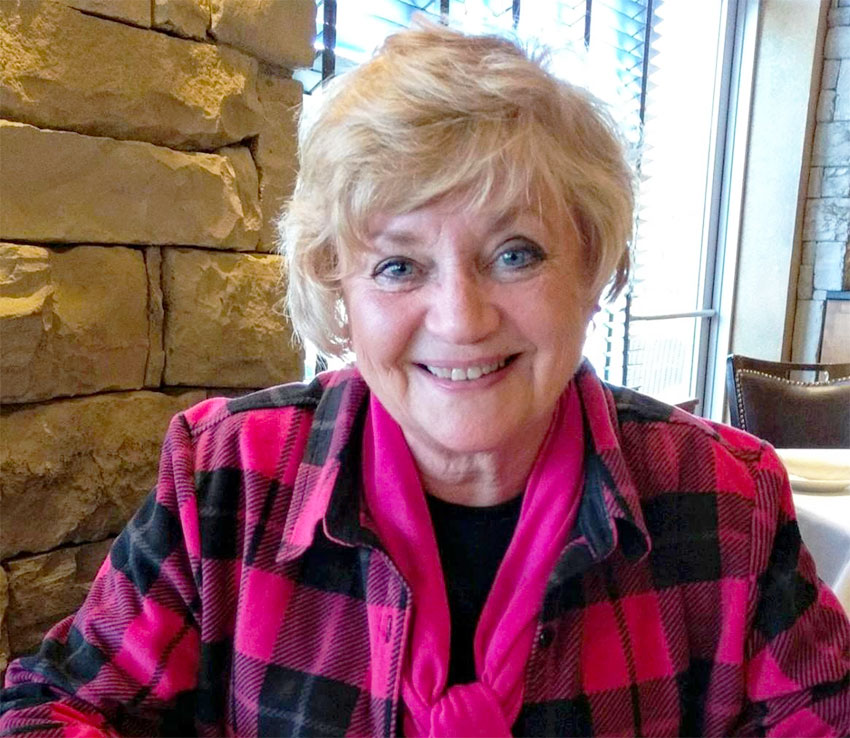 Dee Bopp, Area President of the South Missouri Area Team recently shared her testimony on Facebook. We asked her for permission to share it with you and she said, “Yes!”

“I started earlier than a lot of folks. I was pregnant and married at 16, and then divorced with 2 small children at 26. I remarried at 29 but still had the same foolish attitudes. But God! God came in and changed my heart and life. Although attending church, I had no idea how to live my life as a Christian.

I heard about Women’s Aglow (name changed to Aglow International in 1997) and started attending meetings. Most often it seems like the speakers had been reading my mail. In some meetings, I would cry the whole time. I would arrive thinking I was fine, but God would do a great, deep work and I would go home changed and encouraged.

I started volunteering to be a greeter at the meetings. I love to talk so I could do that! Then we moved.

Time passed and no Aglow, but I continued to grow, and continued to walk with God. We moved to Branson, MO and I found an Aglow Chapter. They put out a plea. They needed officers. I remember telling the Lord that I would be anything, but NOT a treasurer. Guess what they needed! A treasurer! I learned a lot, but I was not good at it. The Area Board treasurer that my reports went to called me often with questions like, “How did you arrive at that number?”

It really got scary when the President of the Chapter was moving and said she felt I should take that position. I did. For several years, I served until I was asked to be on the Area Board as VP of Leadership. Later the Area President resigned and again I was encouraged to step up.

Many times, people see potential in us that we do not know we have. Aglow women have always encouraged me, and stretched me, causing my confidence to grow as I learned that it was the Holy Spirit that works through us. Often my encouragers would be in the audience as I gave presentations or led meetings and I could feel the love and how proud they were of me.

Now the fellowships are called Lighthouses because that is what they do. They shine a light in the dark areas we are negotiating through. I am forever grateful for Aglow and want to lead and encourage women to be ALL they can be as I have been encouraged to be. We do not realize that we do not have the Grace or the anointing for a position UNTIL we step into it in faith and God moves through us. Yep, us! Little Ole us and we are never the same.”

God has said that there will be a Lighthouse in every town around the world. It seems like an impossible task, yet, when we all ‘step up’ as Dee did, the task becomes possible. Many Lighthouses are looking for leaders. Are YOU the one that God’s hand is upon to take that place? As Dee said, “We do not realize that we do not have the Grace or the anointing for a position UNTIL we step into it in faith and God moves through us.” We want to encourage you to take a leap of faith the next time your Lighthouse is asking for someone to ‘step up’. Even Dee started out in a place she dreaded, BUT GOD!

God has a plan for your life and it just might include being a leader in Aglow. Why don’t you start today?

If there isn’t an Aglow group, call us at 425-775-7282 and we will connect you with the Area Team who can help YOU start a new group in your town. We believe there will be a Lighthouse in EVERY town! Let’s get started!