Occupy Until I Come 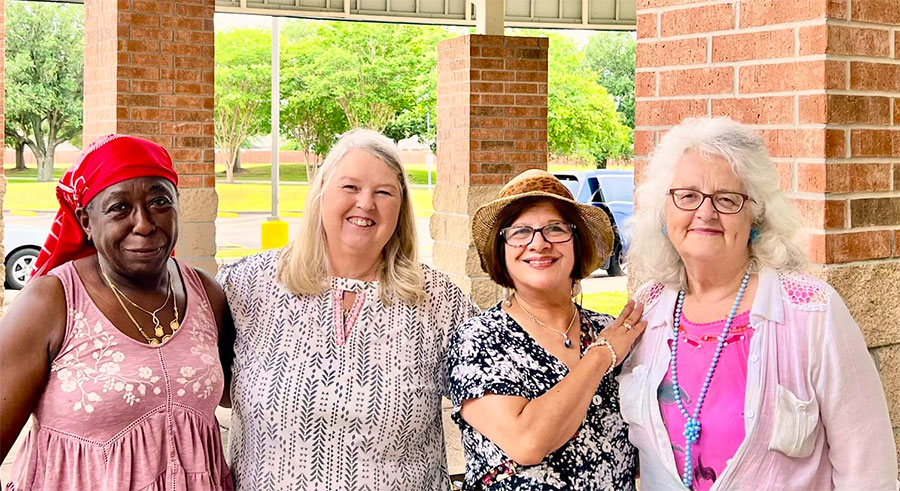 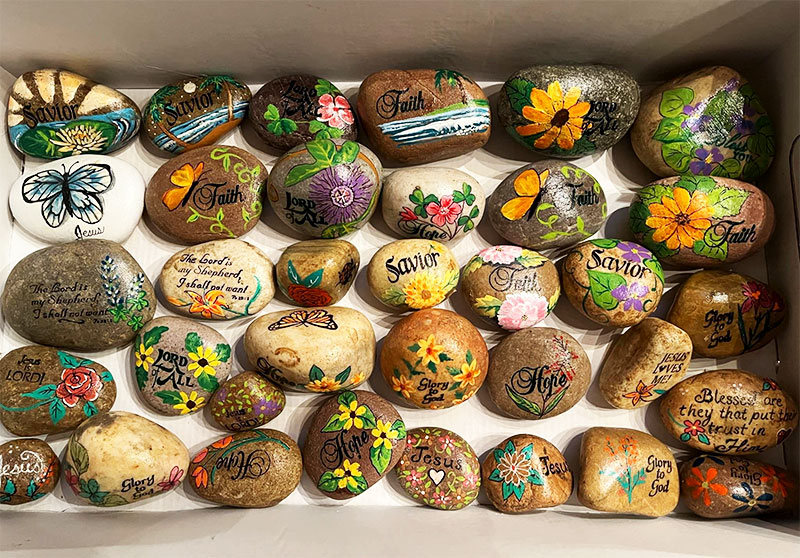 The Sugar Land, TX Community Lighthouse began in 1995 and has been going strong for 27 years. At their last meeting, the group painted rocks with the intention of placing them around all 86 schools in Fort Bend County. When the rocks were sealed and ready to go out, the team gathered to go out and hide them.

Shirley Ficks, President of the Lighthouse said, "Before we left my home, we prayed and anointed the car tires and claimed the land wherever we traveled. We placed 17 rocks on the first trip out. There were many divine appointments at the schools where we prayed and walked the land claiming it for Jesus. We declared that the children, the teachers, the administrators would be protected by a dome that would keep all evil out. We declared that the students would be blessed and come to know and believe in Jesus Christ. We proclaimed that only Truth would be taught by the teachers. We asked God to move upon the heart of each principal to allow prayer back in the schools. It will take us many more trips out to cover all 86 schools before the new school year begins."

In Luke 19:12- Jesus told this parable. "A certain nobleman went into a far country to receive for himself a kingdom, and to return. And he called his ten servants, and delivered them ten pounds, and said unto them, 'Occupy until I come.' But his citizens hated him, and sent a message after him, saying, 'We will not have this man to reign over us.' And it came to pass, that when he was returned, having received the kingdom, then he commanded these servants to be called unto him, to whom he had given the money, that he might know how much every man had gained by trading."

The Sugar Land Lighthouse has taken this portion of scripture to heart by occupying the entire county where they are located. They have taken the responsibility to hide rocks of blessings, to walk the school yards, and to make proclaims of protection and safety for the coming school year. When Jesus returns, He will see how much this group has gained in the Spirit realm by taking responsibility as God's governing body on earth.

We have each been given an area of influence with physical boundaries. If your city does not have an Aglow Lighthouse, consider that the reason you may be living in the city is to start the Lighthouse. Perhaps YOU are the one He has been waiting for.

Thank you, Sugar Land, TX Lighthouse! May others hear your story and follow in your footsteps.