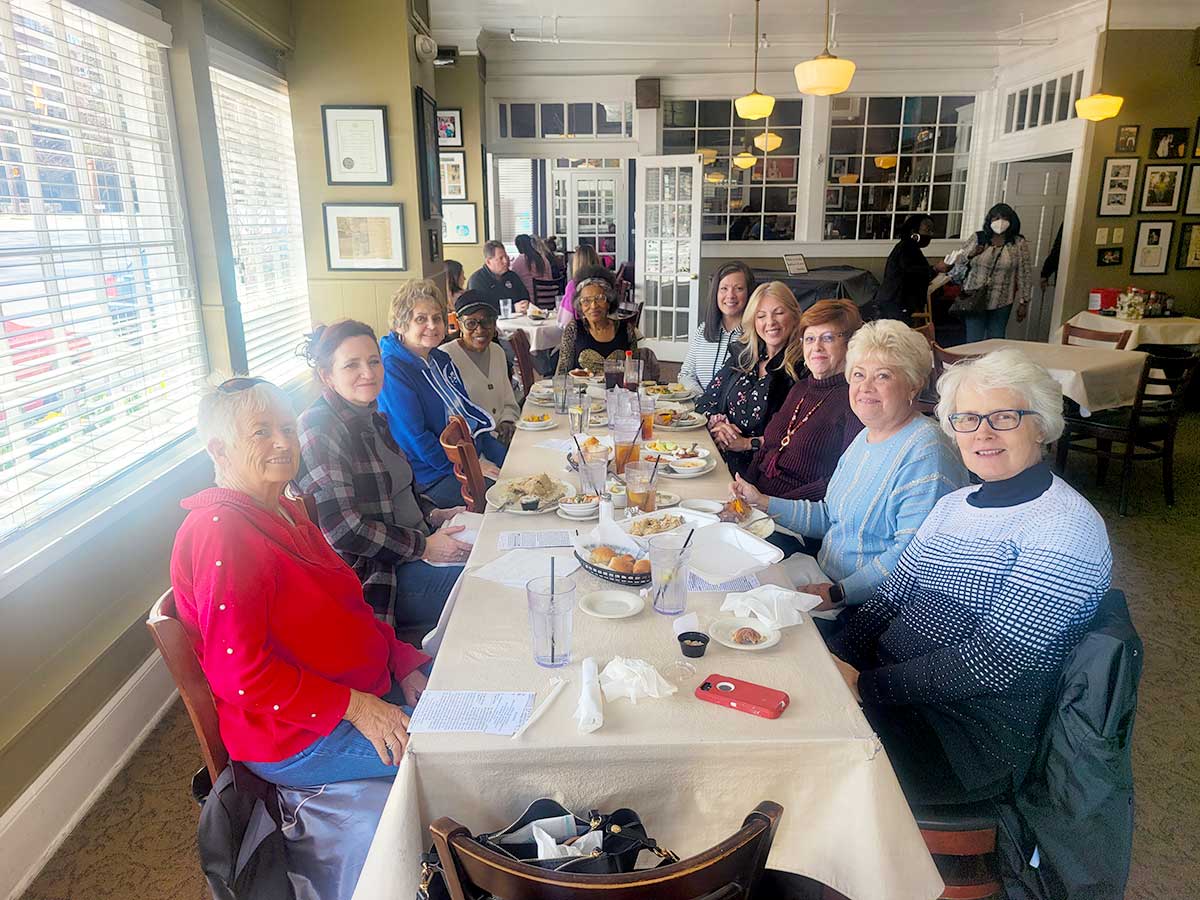 Jessie Nelms serves as the President of the Atlanta, Georgia Community Lighthouse. Each Monday morning the group gathers by phone from 8:30 – 9:00 am to join together in united prayer. They are a committed group who has done this for two years! Jessie said, “We have seen many prayers answered. Relationships have been strengthened, the weary have been strengthened and encouraged for the battle that rages around us. One huge answer was when the riots and fighting began in Atlanta at the beginning of COVID, the violence stopped. There were still protests but not as violent and destructive as before we began to pray.”

On the 4th Saturday, the group gathers at Mary Mac’s Tea Room, Atlanta’s oldest restaurant, for fellowship and to share hearts. After their time at the tea room, they go to the Capitol to pray for Atlanta, Georgia, and the nation. Across from the Capitol is Liberty Park where there is a replica of the Liberty Bell and the Declaration of Independence. It is beautiful with 13 flags representing the first 13 colonies. As they pray they experience great favor.

Jessie reports that with all that has happened in the last two years with COVID, there are still churches which have not opened in Atlanta and several of our ladies have been battling depression. With the opportunities that the Atlanta Lighthouse offers, the fellowship has brought a great deal of encouragement and joy to them.

Do you know women who need encouragement and a place to connect to grow in their faith? Invite them to join your Aglow group and watch as they transform before your eyes!