God Knows and He Gives Us a Thought 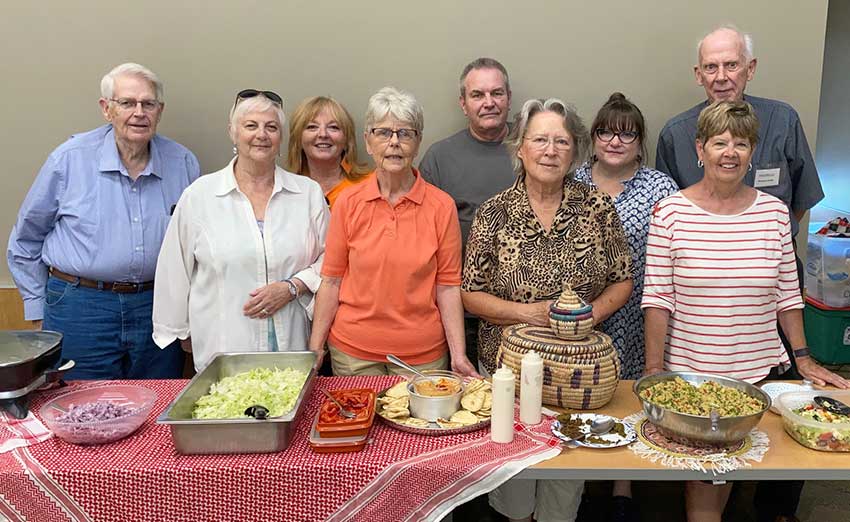 Several years ago, Jean Priest had a heart to pray for law enforcement. This was long before the push to defund the police began. God knows and He gives us a thought and those with an ear to hear, like Jean, run with it. Today a great relationship of trust has grown among Aglow, the local church, and the local Police department.

Jean Priest serves on the Minnesota Northeast Area Team and works with the Duluth Lighthouse. Together with Jean’s church family, a team has formed that looks forward to their times of blessing law enforcement.

Recently, the group’s chef cooked and presented a Middle Eastern menu that was delicious and well received. Jean had been told not to expect a very big group because many officers took Fridays off for vacation. However, the event was well attended with 46 officers and family members. Ten Bibles were given away along with small gift bags for officers with small children.

Chief Tusken told Jean that things are getting better and he knows it is because of the prayers. Jean stepped out in faith and sent a prophetic word to the Chief about a year ago not even knowing how he felt towards the prophetic. At this event, he told her how much it meant to him and that when he feels discouraged, he reads that word. Jean said, “He probably doesn’t understand the prophetic, but how cool is that?”

May God continue to bless law enforcement around the world and may He continue to give creative ideas that build relationships within our communities.