Susan Was In Prison, But Prison Was Not In Her! 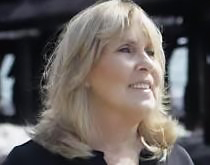 In August of 1997, Susan Mellen’s life took a drastic turn. Accused and convicted of a crime she did not commit she was sent to prison for 17 years. Her sentence was life without parole. A prison Counselor told her that the only way she would ever go home was in a pine box. However, God had a different plan for her life.

As Suzy says, “God transformed my nightmare into a love story.” While serving the sentence in the California prison system, Suzy met Aglow women who came in consistently to pour God’s love into all who would listen. Suzy was one who listened.

“Aglow women taught me leadership. They helped me discover my identity in Christ. They taught me the importance and power of prayer. They taught me who the Holy Spirit is and what it means to worship God and how to make worship my lifestyle. Through these women, I saw Jesus.”

Early in 2014, one of the Aglow women sent Suzy an encouraging card that said, “I’m praying for your release from prison.” This particular card said, “You will be NEXT to be released.” That summer, Suzy was found to be factually innocent! Only God could do something like this!

Suzy says that because of Aglow she learned to never label herself as a prisoner or a failure and to always see herself from Heaven’s point of view. She was in prison, but prison was not in her!

Today, Suzy does outreach with women who are released from prison as well as serving as an encourager to those still on the inside. Thank you to all those who work tirelessly to bring the Good News to people in every walk of life. God’s love isn’t conditional and it reaches to the lowest level. There is not one place we could go where we are separated from His healing love.