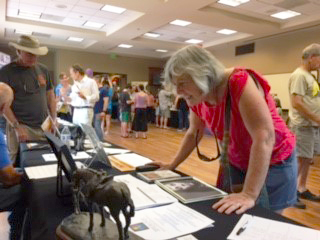 The Redding CA Community Lighthouse recently participated in Redding’s “City Connect 2017” event. Over 500 people attended, coming out to make connections, and to learn how to get involved in their communities. The vendors were all local non-profits, collectively seeking to increase their volunteer base and improve their community. The Redding Aglow participated as a faith based non-profit.

Hellen Meade of the Redding Aglow writes, “I had over a dozen folks sign my sheet asking for further information and even have a meeting set up for follow-through with one person tomorrow! The focuses that I felt the attendees could relate to were Anti-Human Trafficking, our Voter Resources Facebook page and group, GameChangers, and our prayer group.”

This is the first time the Redding Aglow has participated in the event. The Lighthouse is faithfully expanding their borders and reaching out where opportunity is presented.