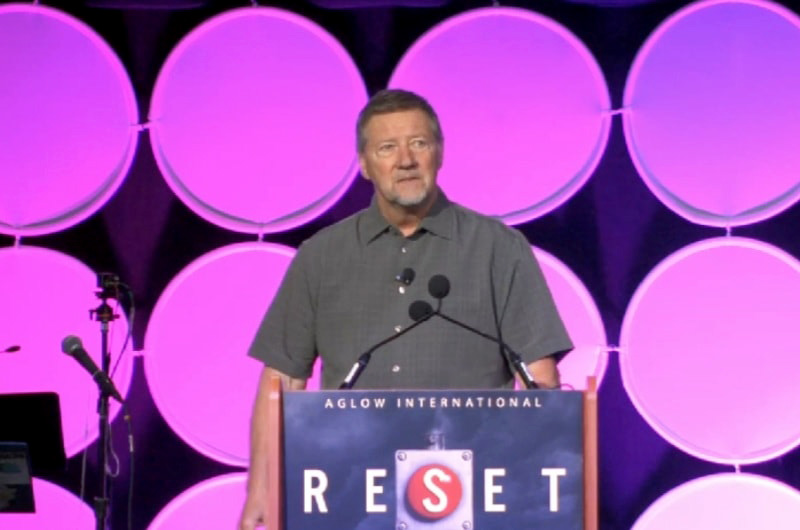 What a joy it was to gather together for the Aglow Reset Conference in Orlando, Florida at the end of September. With our 2020 conference being canceled because of the pandemic, there was an extra level of appreciation and anticipation for being together in these strategic times. The Holy Spirit moved in power and fire. His Presence was so evident among us.

We were blessed to be “as one” with the thousands of others who joined us around the globe by webcast. Our faithful Aglow leaders across the US and around the world gathered groups to share in the wonderful conference together. Our innovative leaders even found ways to translate the conference for our non-English speaking listeners. You’ll be blessed to read the testimonies below from some of our Central and South America leaders as they took part of the conference with us by webcast.

I want to tell you how happy I am for the weekend we spent with the conference. It really was a great blessing for the group we got together. (In Uruguay) we were 15 people who spent the weekend together at a retreat center.

On Saturday night in the last prayer of Dutch Sheets people were baptized with the Holy Spirit in a glorious way. The Presence of the Lord was very strong and we could not leave the place. There were visions, prophetic words, and dream revelations in the group. On Saturday morning the movement continued with revelations about the word the preacher spoke. Really wonderful. The words spoken by Linda at the opening of the conference were of great blessing. The Lord manifested Himself in a powerful way. A pastor from another city attended with his wife, and along with other women they want to start Aglow in their city.

There was a great spiritual movement and we believe that something new is beginning in our country. Aglow women and men in the nations of South and Central America were present at all times and according to Zoom statistics 1,300 people connected over the weekend. The translators were excellent. We love you.

The convention in Orlando that we were able to observe through the internet was a delight, how to be present in everything that happened. A new beginning time in the move of God. In my home a neighbor opened her heart to Jesus and in Barquisimeto, another city in our nation, there was also a woman who accepted Jesus as the Lord of her life. We thank again the support of Aglow International so that this event could be broadcast in our countries and we enjoy it. I greet you, hoping, in God's time, to meet us again.

It was very impactful to be able to attend the conference together with those who can never participate. We were very blessed, especially on Sunday morning.

God bless you in the company of your family. I tell you I was by Zoom in the conference of Aglow International from Orlando and it was very edifying for me, every word from God.

Did you miss the Aglow Reset Conference in Orlando? Sign up for the webcast - sessions available for viewing until December 31, 2021. Be blessed by all God did among us.