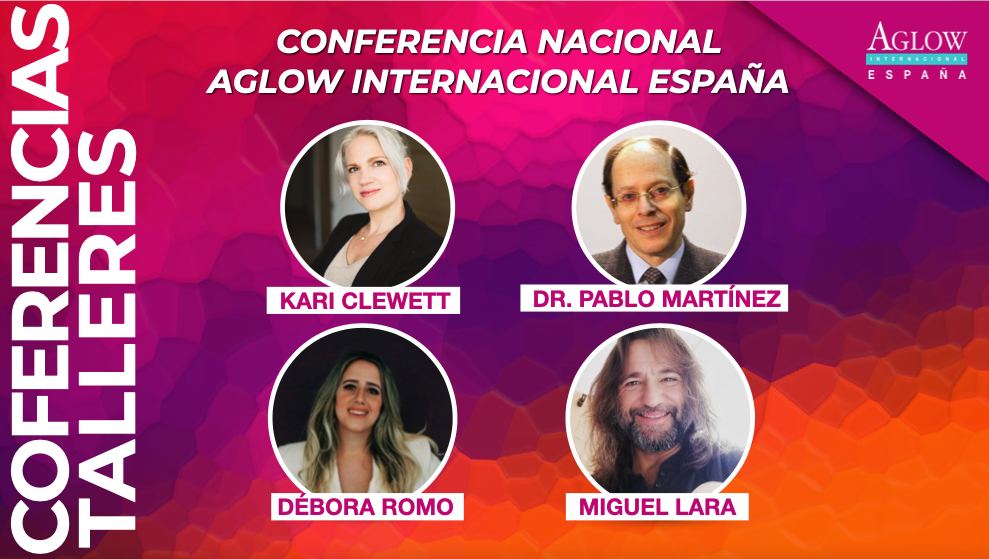 In spite of the COVID restrictions, Aglow has continued propelling the Kingdom forward in the nations. Aglow National Leaders are holding virtual Aglow local meetings, leadership training, prayer gatherings and national conferences via Zoom and other media. Aglow Spain is no exception and here is their story from their Aglow National President, Ana Gimenez, of how God is moving in their midst through media.

Since the beginning of the pandemic, the Aglow National Board decided to take a step forward by creating online programs attending to the new times in which we live and the social needs that arose due to confinement. We had participation of speakers in the evangelical field. We have had over 23,000 views on our YouTube. We thank God for taking the Kingdom in this way to Spain, Latin American countries and to Spanish-speaking sisters living in other countries.

Seeing that the restrictions and the forecasts were not favorable to do an on-site event, Aglow Spain organized its national conference on June 25 and 26th in a virtual way with the slogan "Fighting, Clinging to God". This was the first time in more than 40 years of being held on-site that the conference has been broadcast on YouTube with speakers and workshop guests.

Kari Clewett spoke based on the story of Leah who was rejected by Jacob. She shared how important it is not to waste pain but to take advantage of it, knowing that God does not abandon us. She exhorted women not to allow suffering to stop us. She also shared a workshop on pornography and its effects.

Martínez Vila shared on Habakkuk where the prophet complains because it seems evil is winning over good. His doubts are born from perplexity, not from disbelief since faith does not exclude doubting. God doesn’t mind honesty. He later shared the latter part of Habakkuk where God responds to Habakkuk, "the just shall live by faith". He changes his attitude and speaks faith, with a new vision of God. Where he had once complained, now the prophet sees God.

On Saturday evening, the women had the opportunity to share together having a coffee by Zoom where they could tell testimonies and learn more about Aglow’s work.

We had the lectures by Débora Romo and the second part by Martínez Vila. Romo spoke her message on Genesis where the woman was deceived by the serpent. She encouraged women to get up at a time like this to be carriers of life, where the hunger for God is greater than the fears.

We thank God for all He is doing through these online platforms in Spain. We are blessed by our innovative leaders who are advancing the Kingdom forward in new and creative ways. What an incredible time for the Good News to be broadcast to the world.