A Brief History of Artsakh 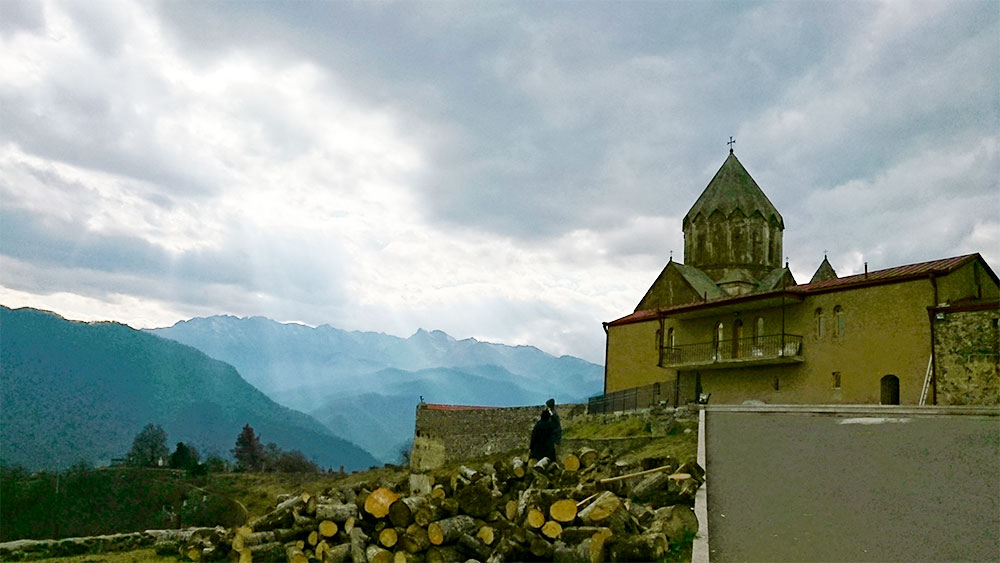 Every nation where Aglow has a presence had a rich history. Ruth Kupeian, Aglow Armenia National Board, shares about the history of Nagorno-Karabakh which is located in Europe within the borders of Armenia.

Artsakh (or Nagorno-Karabagh) is part of historical Armenia, inhabited by Armenians even from before Roman times. It has often experienced invasions and wars and massacres over the centuries. But the historical monuments, churches and manuscripts which have been excavated, discovered and restored attest to the resilience of these people who continued to cultivate and care for their land in spite of all opposition and strife. There are over 3000 Armenian monuments, including 500 Christian churches in Nagorno-Karabakh, with the oldest one estimated to be 2000 years old, whereas the number of Muslim monuments doesn’t exceed 2-3 dozens, with the oldest of them dating back to the 18th century.

I have included some links below which very beautifully describe the details of this history and the conflict with Azerbaijan (which did not even exist as a nation and a people before 1918).

“From May 1918 until April 1920, Artsakh was de facto an independent land. It was during this period that Nagorno-Karabakh, with a 95% Armenian population according to census statistics, legitimately declared itself to be an independent administrative-political entity. It had a National Council, government, armed forces and other speciﬁc attributes of statehood; by law and in substance, Nagorno-Karabakh was in no way inferior to the other three Republics of the South Caucasus.”

“On 30 November 1920 the Azerbaijani Revolutionary Committee (the chief body of Bolshevik rule at the time) announced that it recognized the territories previously laid claim to by Azerbaijan – Nagorno-Karabakh, Zangezur, and Nakhichevan – as inseparable parts of Armenia.

Moreover, a written decree made by the Azerbaijani SSR National Council on 12 June 1921 declared that Nagorno-Karabakh was an inseparable part of the Armenian SSR. This decision was welcomed by the new Soviet Armenian government, and steps were taken to establish governmental structures in Karabakh. 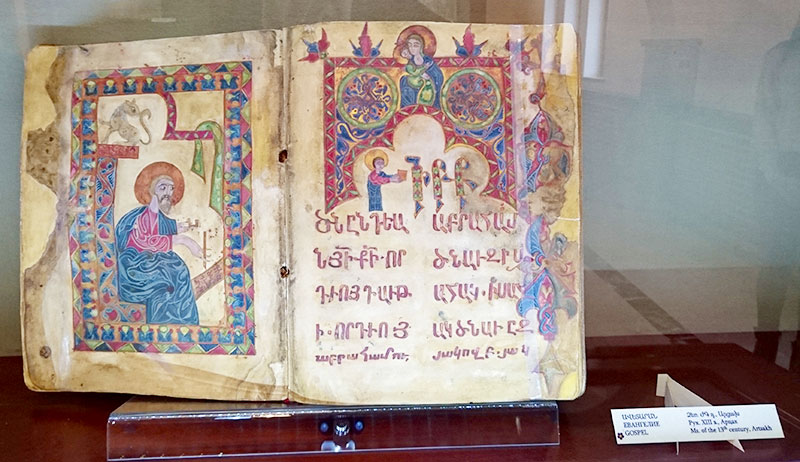 Artsakh manuscriptver, very soon the Azerbaijani leadership stepped back from its previous declarations and made renewed eﬀorts to establish control over Karabakh and Nakhichevan.” On July 4, 1921, the Caucasian Bureau of the Russian Communist Party Central Committee decided during a plenary session that Artsakh would be integrated to Armenia. However, on July 5, 1921, Stalin haphazardly and without a collective vote, overturned the decision and gave these two regions to Azerbaijan. This would be illegal in our times and probably was at that time also.

The people of Artsakh continued to struggle and fight for their right to self-determination using all the legal means, even turning to the English who were present at the time. However political interests related to oil prevented the Brits from siding with the Christian Armenians and turning a blind eye while ethnic cleansing was again being carried out by the Azeris where an estimate of 35,000 Armenians were massacred including women, children and old people. This occurred right after the events in Eastern Turkey where 1.5 million Armenians were brutally killed and more were pushed out of their ancestral lands where they had lived from the ancient past. I myself am a grandchild of survivors of this genocide.

When Armenia fell in the hands of the Bolsheviks in 1920, the people of Artsakh continued to appeal on different occasions to the Soviet government to allow them to be annexed to Armenia. This was continually refused. This happened again in 1988 with the same results. And then massacres began again in Sumgait and Baku and other cities in Azerbaijan with another attempt at ethnic cleansing of the Armenian population living in Azerbaijan. As a result, Armenians living in Azerbaijan who survived the pogroms had to flee even overnight and became refugees in Armenia. At this time, the people of Artsakh began to fight to protect themselves. Armenia sided with the people of Artsakh and Armenians from all over the world came to help them out.

In 1994, the war was won by the people of Artsakh and they reached a very tentative cease-fire which continues to this day, but with many violations, sniper attacks and sometimes all-out war as in April of 2016.

To this day, the international community does not recognize Artsakh to have the right to have self-determination in light of its history of massacres and need to survive. 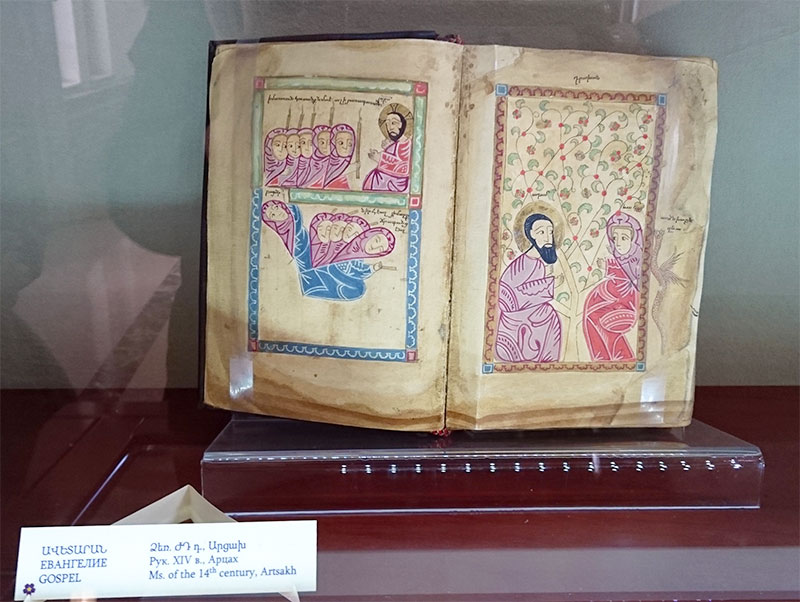 Artsakh treasuresHowever, in the year 2000, Jane Hansen Hoyt was invited by Baroness Caroline Cox of the UK to join her on a trip to Artsakh. The Baroness is a staunch supporter of the Artsakh people and advocates in the UK parliament on their behalf. Jane Hansen Hoyt, during this visit pledged and provided some financial support to a hospital in Stepanagert, the capital of Artsakh. She also encouraged Aglow regional leaders to visit Armenia and Artsakh to establish the work here. By doing so, she was a forerunner in recognizing this region and caring for its people.

When Doris, Lisette and Malvine came to Armenia a year later, they also visited Artsakh, and after some further visits, the first Aglow Candlelight group was affiliated in the summer of 2002.

Since then several Aglow leadership changes have occurred and we are continuing to visit and build and maintain relationships hoping and praying for new leadership to arise and groups established in the three cities we visit where we have contacts.

Please pray for this important part of the world where much injustice has occurred and it has gone unnoticed and ignored by much of the Western world. This fault is being corrected by Christian people and organizations from different nations who are praying and interceding with us. Many are also coming to visit and advocating for recognition in their own countries.

On March 31, 2020 a presidential election took place allowing the people to elect not only a president, but also 33 members of the National Assembly. Final results of the election have not been announced yet. The people currently in power are from the old guard and are very corrupt. We are praying for this to change and for a new, fresh government to form which will pursue justice, truth and bring about the needed changes.

The people are still living in a state of fear from the government and the war situation. We need a breakthrough and are praying for this. We need a total change of atmosphere and for the light of the Lord to shine upon Artsakh.

Since the cease-fire, Artsakh is being rebuilt supported by Armenia and the Armenian Diaspora. We pray for this to continue and for the resources to reach the people where needed most and for the corruption to end.

As already mentioned, we are praying for the groups and leadership to be established for the nation and the different cities. 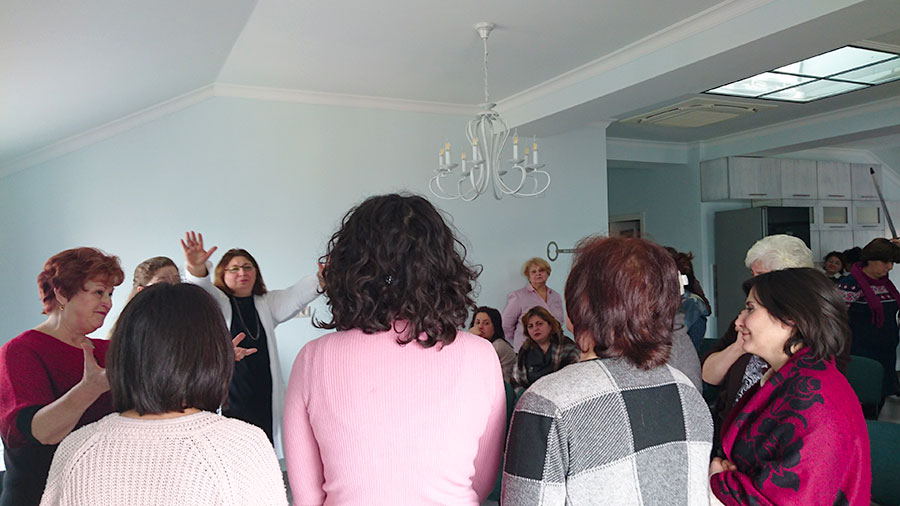 Prayer over ArtsakhWhen we visited Artsakh last December, we invited them to come to Armenia to our mini-conference in February. Four women responded, 3 from Stepanagert and 1 from Shushi. At the end of the conference, during a time of fellowship, I asked these ladies what their needs were and how we could help them. One of them, a beautiful young woman, answered my question with one word, “Connection”. They need us to connect with them, they need to be recognized and remembered. They need us. This is the gap we are trying to fill with the ministry of Aglow International as our platform and Jesus as our inspiration, example and forerunner.

Thank you for your prayers and loving interest and support of the Armenian people of Artsakh.