Aglow Spain President Invited to Palace of King and Queen 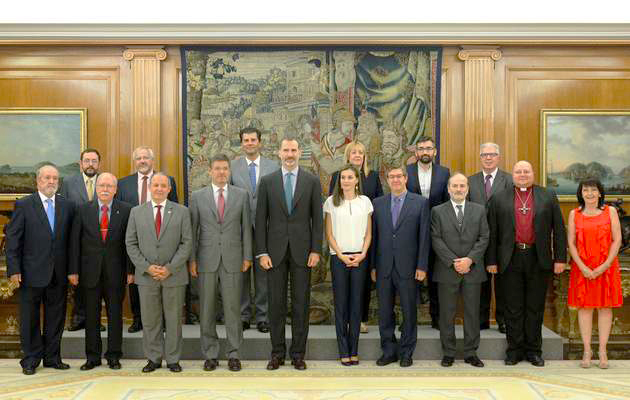 On the occasion of the 500th Anniversary of the Protestant Reformation, King Felipe VI and Queen Letizia of Spain greeted a commission of evangelical representatives in the Audience Hall of the Palace of the Zarzuela. As a member of the commission, Ana Giménez, National President of Aglow Spain, was invited to the event. Aglow has received prophetic words over the years that we would “stand before kings and queens” and this is exactly what happened for Ana in Spain.

It is the first time that the current king and queen of Spain have received representatives of Spanish Protestantism in an exclusive audience. The Minister of Justice, Rafael Catalá, accompanied the representatives of the Spanish Protestant community at this hearing, which presented to the king and queen a summary of the project of the 500th anniversary, and a report of the work carried out to date, as well as the conclusions of its VIII Congress, in which they discussed initiatives to increase their social visibility in Spain. 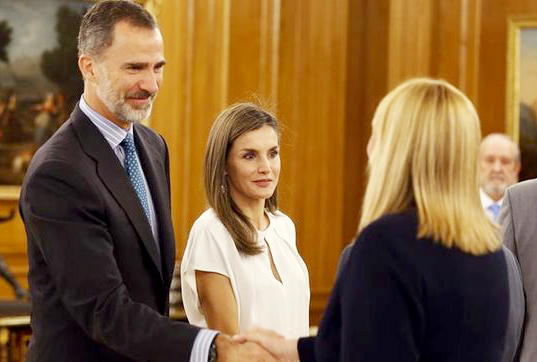 Ana Giménez with king and queen of SpainDuring the audience, the evangelical leaders thanked the king and queen for their partnership, which contributes to the visibility of the Spanish evangelical group, and invited them to participate in the central event of the commemorations planned in different parts of Spain for October 31st, the date of the 500th anniversary of The Reformation promoted by Martin Luther.

From the beginning of their reign, King Felipe and Queen Letizia have shown an interest in making contact with different religious denominations present in Spain, and thus there has always been a representative of the Protestant community among the guests at the receptions called after their proclamation.

From March 11-15, one thousand Protestant pastors and leaders took part in the VIII Evangelical Congress, held in Madrid, where they reflected on the future projection of Protestantism. Among the conclusions of this conference are the need to renew the missionary strategy and join social initiatives in defense of equality of rights and against discrimination against women, child labor and "economic, social, political and ecclesial systems that enslave, exploit or oppress people ". Under the previous reign, Spanish Protestants and representatives of FEREDE were received at the Zarzuela Palace 20 years ago, in December 1997, on the occasion of the VI Evangelical Congress, whose conclusions were presented to King Juan Carlos.