Salvation Testimony From a Former Muslim 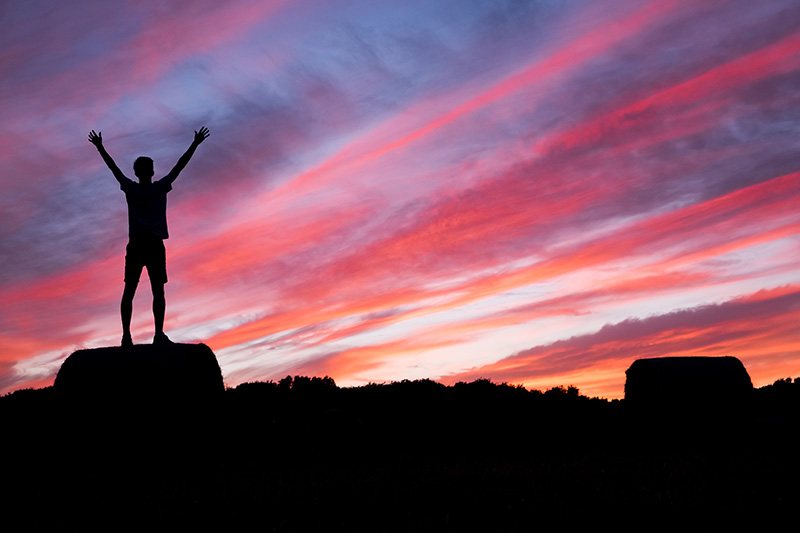 The following testimony was written by our Aglow National President and her husband, in a nation in West Africa. Names have been omitted due to security:

The conversion of my husband to Christianity happened this way.

His parents were Muslims and he is the fifth male born to his parents. The father wanted him to become an Imam (Islamic priest) so he was sent to Arabic school at a very tender age before being enrolled for secular education. After his middle school education, he moved from the village to stay with one of his senior brothers in the capital city of a neighboring nation.

In secondary school, the Scripture Union in the school began to preach the gospel of Jesus Christ to him. He would always laugh and scorn the preaching of the Word and threaten to either beat or maim the preacher. In the Scripture Union there was a student named Stephen who refused to give up on him despite his threats of fire and brimstone.

So it happened in 1987 whilst being alone in a room he heard a voice that instructed him to go to church. He looked at his watch and it was 9am Sunday morning so he said it was not the time for Muslim prayers. The voice grew more persuasive and when he could no longer stand it had to run away from the room. He forgot about the whole experience but the Sunday following, he was in the same room when the voice came again.

As he attempted to run away like the previous Sunday, an invisible fire prevented him from running out. He could feel the heat but could not see the fire. Wherever he walked in the room this fire would be following him till he took his bath, dressed and was ready to go to church. When he obeyed to go to church the fire did not prevent him so he went out of the room.

Whilst contemplating on which church to go he saw Stephen, the same student who had witnessed to him at the Scripture Union, passing on his wayto church. My husband beckoned him to stop but he refused because of my husband’s violent response to the preaching of Gods Word. They were taught in Islamic school to be violent to the preaching of the Gospel of Jesus Christ other than that the Christian will convert them because they are the people of the book. lt took a lot of persuasion before Stephen would stop to listen to what my husband had to say. The two of them headed to church though with doubts still in the mind and attitude of the other brother, Stephen.

My husband’s first time in church was very interesting. He was 22 years of age when he first entered into a church. He was completely lost to whatever went on at the service but hearing a voice persuading him to leave the service. At the end of the service, each visitor was asked to introduce themselves as first time visitor. As soon as my husband mentioned his name, the entire congregation went wild with shouts of Halleluiah and praises to God. He then heard a voice that told him "see how you have made a mess of yourself". After the service some of the brethren introduced him to Christ. When he returned home that day, he said he had never experienced such joy before since he was born.

After this, he was in a room that was shut and the Lord entered and ask his permission to sit by him. He asked him to open to Genesis where the story of Abraham is. The Lord now asked him the question" Who is Abraham"? The Lord allowed him to do all the talking and only come in to do corrections. After about 3 hours, The Lord told him He was leaving, so my husband said ok. The Lord repeated it 3 times that he was leaving and my husband said okay. He would take a few steps and look at him and said "l am leaving" till he finally left.

Three days later in the night the Lord visited him again while my husband was sitting in church, and this time with a bucket containing water in His hand. There were about seven persons that were seated on a pew in front of him. Behind where The Lord stood was a very filthy and stinking gutter. With His noble hands dipped into this gutter, He picked up a rotten leaf and put it into the bucket with water in front of the group and began to rub it with His two hands. After a while He will bring the leaf out and it shined like pure gold. He did that repeatedly until the vision ended. Since then my husband has been privileged to see the Lord several times in different forms.

Today The Lord has raised him to pioneer His Church in our nation. He has written few books that continue to transform lives. This is just the summary of the testimony of his conversion. Thank you.

(The two of us wrote this testimony together. In our church most of the converts are ex-Muslims and they are very dynamic. There are more testimonies after his conversion.)