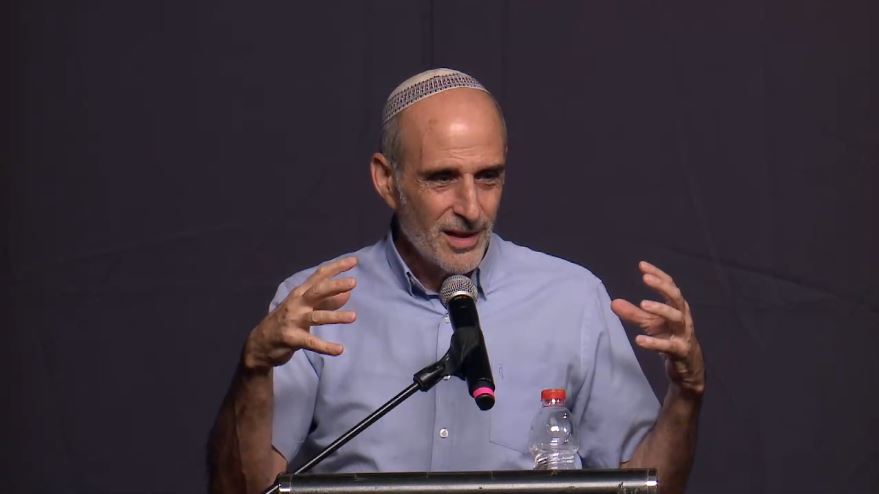 In Asher’s message at the Monday 9/9PM Session of the Jerusalem Convocation, he makes a comparison between the laws of justice in Deuteronomy and Yeshua’s dealing with the woman caught in adultery.

Read the blog from the session:

Dorothy Danso, Aglow Ghana National President, opened the session with prophetic declarations. A few years ago the Lord called Dorothy to organize a prayer meeting in her nation. She responded in simple obedience and over a thousand people came. There was a profoundly powerful move of God in the people of her nation in that meeting.

Jane read off the names of about 20 women as each received their certificates for completing the Watchmen on the Wall Seminar. Find out more about WOW seminars.

As Jane introduced Asher she said that a few years ago when Asher spoke at an Aglow gathering in Israel he opened the meeting by asking the question, “What have you come here to see?”

We have not come to Israel only to see the sights and walk the land, but our higher purpose is to join with Messianic believers in The Land in a way that lifts them up and under-girds them.

Asher opened his message by introducing people who represent ministries in Israel.

Asher’s daughter Jackie spoke about her ministry, Kite Pride, which provides jobs for people getting out of the sex trafficking industry in Israel where it is estimated that over 14,000 people are enslaved. Kite Pride is a business that sells bags made from up-cycled materials.

Asher then asked Leon Mazin to share. Leon is a pastor from Haifa whose ministry, Return to Zion, works primarily with Russians. Over 70% of Israel’s Messianic population speaks Russian. There are so many different divisions of people in Israel, secular, Orthadox, Messianic, and branches within each one. Leon requested prayer for Israel that people would not be splintered into so many different schools of thought, but would realize that they are one, the seed of Abraham.

Sarah is Asher’s assistant. She said that when Yeshua came, He brought a torch which has been passed from generation to generation, nation to nation, continually growing in momentum. As we near Yeshua’s return the torch is returning to Israel, the place where it started with the nations coming in.

The phrase, “to throw the first stone”, is in the Torah and the New Testament. It is well known in the Jewish and Christian world.

Deut. 16:18-20 And you will set judges and officers in all of your gates which the Lord has given you and you will judge the people with righteous judgement. And you will not pervert justice and show favoritism nor will you take bribes, for bribes will blind the eyes of the wise and it will pervert the words of the righteous. But righteous you will pursue in order that you might live and take possession of this land in which God had given you.

Moral values, social justice and righteous judgement is part of the plan of God. You need to be praying for your policemen and judicial system. Righteousness has to be pursued, it doesn’t just come to pass. God wants every nation to be based on righteous, moral values, and be a country of faith.

The nation of Israel is in turmoil not knowing the right way to turn for solutions to their problems. There is no clear political or religious path for situations. The election is coming up, and the people are confused about who to vote for, and even how to form a government. Sexual sin is rampant, targeting every walk of life, even children.

The story of the woman caught in adultery almost summarizes what is going on in the world right now.

The 2 big words for people in the secular school of thought are LOVE and FREEDOM. But if you put those things together without righteous values, it equates to sexual immorality.

The religious Jews are just condemning people ready to throw stones. If we are honest with ourselves we all have that part of us that wants to throw stones at people to condemn them and justify ourselves.

If Jesus is not in our hearts there is darkness in there. It can be religious darkness or it can be secular darkness.

When we are in sin Jesus does not condemn us, but neither does He condone it. He wants to give us a way out.

Instead of looking at everyone else we need to look at ourselves and ask what WE need to change.

The world has the beast (violence) on one side, and the harlot (sexual sin) on the other. Light, love and purity only come through Yeshua.

At the close of his message Asher implored us to pray for the people of Israel, that they would know eternal life, forgiveness of sins, and be changed on the inside by Yeshua, the Light of the world.

Jane read Hosea 14 and asked each of us to raise our hand with the stone we have had in our hearts to condemn people, and to drop the stone.

Christie closed the meeting by leading us in worship with “Refiner’s Fire”.

There are 4 ways to give a Convocation offering. Find out more.

To hear the whole message subscribe to the webcast. You’ll have access to view the sessions until January 31, 2020, to watch them as many times as you like. Find out more.