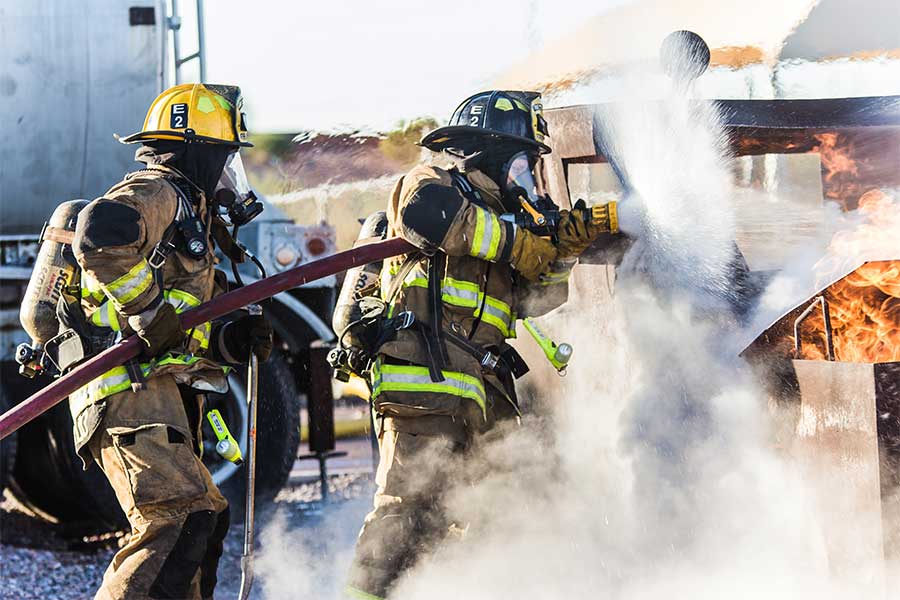 In one day, Carol’s Area Team shifted from 6 members to 3 members! And with that shift, Carol began to ask God, “Why have You placed us in our community? Isn’t it for more than Bible study for those who come? How do You want us to impact our community?” Searching for that direction, this past month, Carol shared a short teaching with those attending the group entitled, “Won’t You be My Neighbor?” She paired it with the Fireside Chat, “Goodness and Kindness are Inseparable”.

Carol felt the hand of the Lord in her back, propelling her to discover the reason Aglow was in the community. How could they be a gift from God to the people? She asked those in attendance for suggestions and one lady suggested praying for Firemen and the Police. That suggested has taken on a life of its own.

Soon Carol found herself with the opportunity to speak with a Chief Fire Inspector. She told him that she was part of Aglow International, an organization that believed in prayer and that the local group was thinking about starting a prayer line that First Responders could call in to leave prayer requests. She told him that she was so aware that they see things and go through things that most of us do not see. Carol asked him if he thought they would be receptive to this prayer line where they could call in, not leave a name, and ask for prayer for things like, “I can’t sleep”, “My spouse and I aren’t getting along”, “My daughter is dating a guy I don’t like”, etc. She said we would take that need and begin to pray and we only ask that the caller would let us know when the answer came.

Carol said, “The look on the Chief Fire Inspector’s face stuck in my heart as he said, ‘Really? You would do that for us? Yes, you can pray for me and my family.’” This was the beginning of our prayer line.

While they are in the beginning stages, Carol put action to this open door and renewed the contract to a trac-phone she wasn’t using. Then the team developed a flyer to hand out to each firehouse and police station – along with a box of donuts! They also have plans to visit the Mayor and the Chief of Police. Carol will keep a log of the requests as they come in so each one is covered in prayer.

God spoke that there would be an Aglow group in cities and towns worldwide. His plan includes our being a gift to our community through practical help. “Call unto Me…..and I will show you” Jeremiah 33:3 God has prepared us to be the end time help our communities need. We encourage you to ask Him and see the plans that He has for your Aglow group open before you. And then, write us and let us tell the whole world! Tell Us Your Story