Aglow Philippines Continues to Reach Out to Typhoon Victims 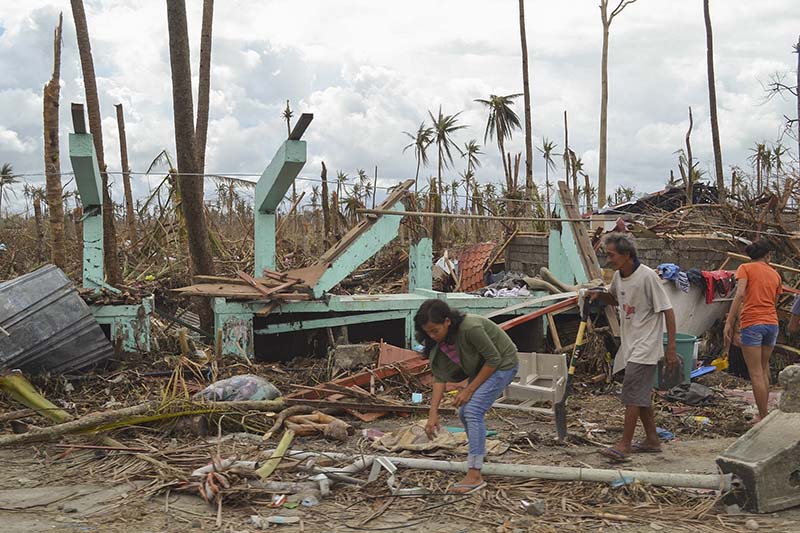 The remains of a home destroyed
by the storm in Tacloban City.Aid continues to be provided in the Philippines to victims of last year’s hurricane. Recently an Aglow Philippines team traveled to the island of Leyte where they built 15 more houses or shelters for homeless families who were victims of Typhoon Haiyan.

In addition to building the homes, the team provided building material to 40 families in Northern Cebu to rebuild their homes.

Tessie Felicio, Aglow Philippines National President writes, “We rejoice to see the development and extension they made, the vegetable garden they planted, and hogs being raised for their living.  They are forever grateful to Aglow International for such kind services.”

Thank you to those of you who gave to this special need last year that has enabled the National Aglow Team in the Philippines bring aid to their nation in this great time of need.

Note: Typhoon Haiyan, known in the Philippines as Typhoon Yolanda, was one of the strongest tropical cyclones ever recorded, devastating portions of the Philippines, on November 8, 2013. It is the deadliest Philippine typhoon on record, killing at least 6,300 people in that country alone.