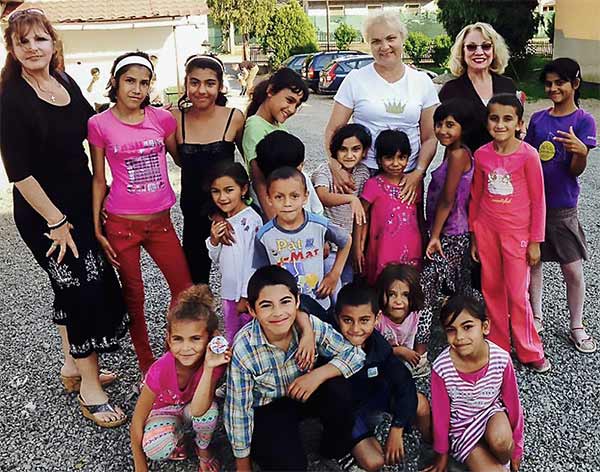 “Aglow Slovakia is rejoicing over how the Holy Spirit is visiting our people and land,” writes Rut Krajciova, Aglow Slovakia National President.  "In June, an Aglow Transformation trip, led by Jill Torgerson from the United States came to encourage and unite with us in sisterly love."

During their two week visit, the team members ministered at 2 Gypsy villages, a women’s prison in Levoca, several Aglow open meetings, and the City wide crusade at Bratislava.  They especially enjoyed the beautiful Slovakian country, historical sites, the mineral and thermal spas, and best of all, the people. As a token of Aglow Slovakia’s appreciation, flowers and gifts were given to the team.

The Transformation team also took part in the Slovakia National Aglow Conference in Partizanske, with over 120 women in attendance.  The theme was ‘Love vs. Fear’.  All received a word from the Lord, many were delivered from fear, and best of all they received the ‘Baptism of Love’.  Rut said, “It was a delightful day of praising, singing, dancing and rejoicing with our King of kings and Lord of lords.”

As a Kingdom Community, Aglow International is committed to the Core Value of:  The Beloved - Living as a community who knows they are the beloved, and establishes their identity as the Bride. (Song of Solomon 7:10, Ephesians 1:6)