The Lord will do a new thing with Aglow Senegal 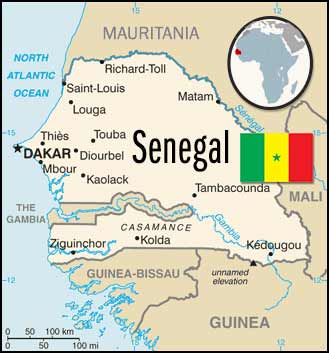 After visiting The Gambia, Augusta Odoteye, National Director for Aglow in West Africa, continued her journey by going to nearby Senegal.  National President, Saboudou Sagna planned a two-day seminar for Augusta’s visit.

During the meetings they used the Local Handbook to study the foundations of the Aglow ministry, positioning themselves to be prepared to correctly answer anyone who inquires about Aglow.  They also focused on the new Tag Line, localizing it for their needs.

On the second day of the seminar a short exhortation was given from 1 Samuel 14:6 and Exodus 17:5-13 by a pastor who converted from Islam to Christianity twelve years ago.  Augusta writes, “It was inspiring, a testimony of what God can use a Muslim to do, and an encouragement not to relent on reaching out to our Muslim brethren.”

A sister who is also a pastor taught a song to the group in French and Wolof, the local language.  The song is entitled "Arise and Shine for Your Light has Come".  She testified that the Lord gave her the song on her way home from the first day of the seminar saying, “The Lord will do a new thing with Aglow in Senegal.”  The song was adopted as the Aglow Senegal anthem.

Aglow Senegal has formed a choir, and is preparing to give a concert towards the end of the year in anticipation of lifting Aglow up and bringing awareness of the ministry.  It will be a paid concert to raise funds.

Aglow International is a Kingdom Movement committed to seeing God’s will done on earth as it is in Heaven.  One way we do this through “establishing powerful Kingdom Communities founded on the fullness of Christ in every nation of the world.”