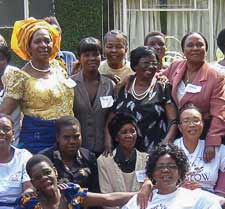 From October 2-4, 2014, over 50 Aglow Malawi leaders and members gathered in Lilongwe for a weekend of leadership training.  The participants came from all three regions of Malawi, some traveling over 200 miles (300km) for the event.

The theme scripture for the weekend was II Timothy 2:2 - And the things that you have heard from me among many witnesses, commit these to faithful men and women who will be able to teach others also.

The training was facilitated by Eggrinah Kalyati, who serves as the African Committee Secretary and Aglow Zimbabwe National President.  Eggrinnah spoke about Aglow’s vision and mission, our 3 mandates, core values, and the new tag line, “Every nation touched, every heart Changed”.

Maureen Makwelero, Aglow Malawi National Secretary writes, “Mama Kaliyati emphasized that Aglow Malawi has to pioneer new places for Candlelight and Lighthouses to be established. The pioneering spirit will help penetrate into places in our communities, towns and cities where transformation will take place, bringing the kingdom of heaven down to experience the love of God among people. In doing so, hearts will be changed and more souls will be won to Christ.”

Mrs. Kaliyati expounded on the anointing on Aglow, and the fact that Aglow is an apostolic movement.  Eggrinah also spoke on financial issues, and other fundraising activities which are encouraged for Aglow in the nation to be financially independent.  After the presentation, the room was opened for questions, comments, and clarification.

During one of the sessions, Pastor Frank Chirwa, Adviser for the Lilongwe Lighthouse, challenged the participants with a powerful message taken from the Book of 1 Samuel 1:1-10 on the character of a Christian leader.  The message touched everyone in the room.  People were prayed for, and others received instant deliverance.

At the conclusion of the weekend Eggrinah thanked all, and commended the Aglow Leaders for their unity and commitment in organizing the training.  Eggrinah writes, “Aglow Malawi members are very enthusiastic about the Aglow Ministry.  They show great desire and hunger for the Word and ministry.” 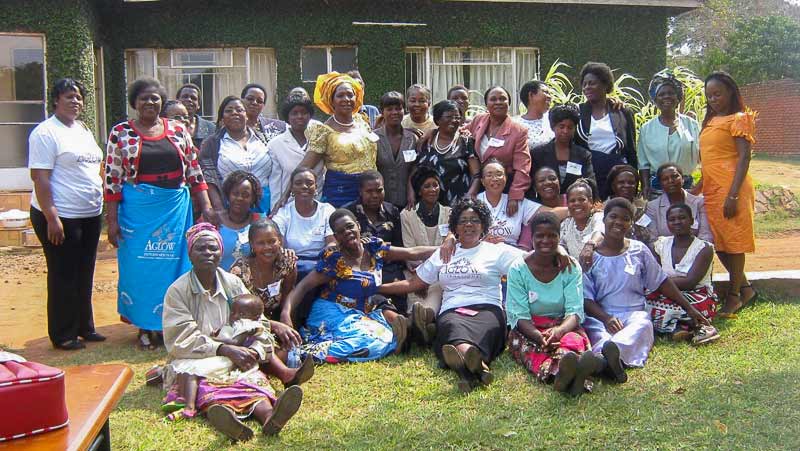