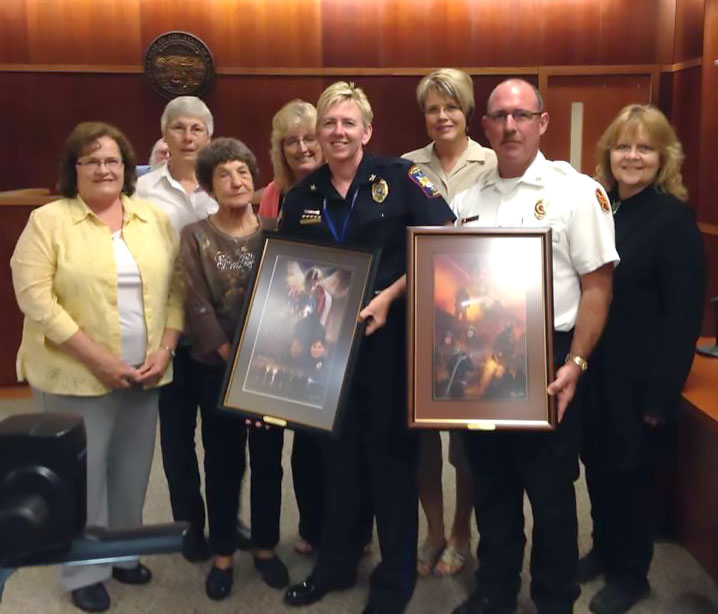 Prior to the visits the Aglow team met together to intercede and make prophetic declarations over the police and firemen calling for goodness, love, and mercy to flood through all the public guardians.

A Lighthouse advisor donated two media art portraits especially made for each department. The Lighthouse matted and framed them and then honored both departments at a city council meeting with a special presentation of the art.

The Lighthouse team will continue to make visits to the Chiefs to ask for specific prayer requests.