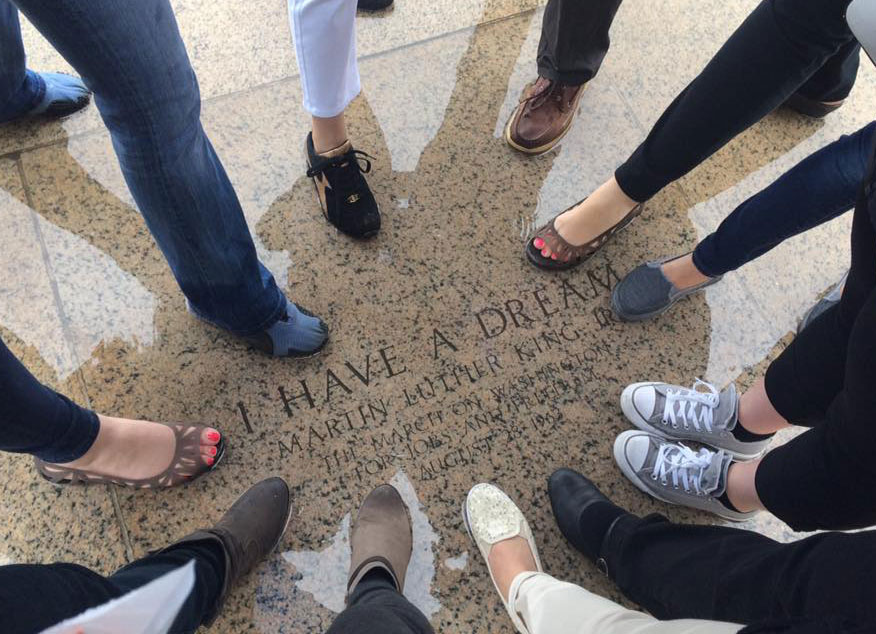 In May a group of young Aglow women who had been participating in a mentoring program joined together for a Prayer Trip to Washington, DC. The group had representation from across the nation, coming from Washington State, Colorado, Wisconsin, Massachusetts, and Florida. It was a joy and privilege for them to be together to pray for this great nation.

On the first day of the trip the group had their own church service, then went to a National Park on the Potomac River to reflect on the First Nations people and declare healing and blessing over them. The evening ended in fellowship with an Aglow Generations Group from the DC Area. At the meeting they were blessed by a worship dance by one of their 14 year old friends and a word from the Generations Group leader, Ray Bond, who encourage the group that “the time is now!”.

In the message Ray expounded:

God’s people need to unify, seek God, and truly encounter Him.
We can’t just say what we believe, but we have to live what we believe.
Without opposition, we don’t get to see the reward.
Time Spent with God equals reward with the response.
In the face of opposition we have opportunity for a supernatural experience.

On the second day of the trip the group met with the DC Aglow State Prayer Coordinator and a former congressman’s wife who have been faithful intercessors in the Capitol for decades. The group prayed and had communion in the Congressional Prayer Chapel, then was granted special favor to get into closed off places, even walking and praying on the Congress floor laying their hands on the chairs and the microphones and praying, no lies and no compromise.

The day continued with touring and praying at the Supreme Court. Afterward the group walked the halls to the Congressional office of each team member to deliver a personal letter expressing their appreciation and commitment to pray for the congressman. Anna Hammer, Aglow Generations Director writes, “It is a blessing that our Aglow mentors instilled in us the desire to be active in communicating with our elected officials.”

That evening the group met with a young woman who works for the European Coalition for Israel. She was greatly encouraged by the fellowship and the group’s prayers over her. It was a great evening of spurring each other on in faith.

The group began the last day by visiting the Lincoln Memorial and Vietnam Memorial. They had a powerful time of prayer as each put their feet on the commemorative stone, where Martin Luther King gave his I Have a Dream speech. Their heart’s cry was that they would be young people of vision, passion, dreams, and a prophetic voice. It was such a privilege to reflect and pray for our great veterans and those currently serving our country in the military. The group prayed over them blessing and healing over trauma.

The next stop was the Family Research Council where the team prayed with the staff and toured their building, listening intently about the ways they take a stand for Christian and family values. The day ended with a drive by the White House and worship at David’s Tent. The group enjoyed worshiping the Lord there and seeing how He is gathering His people to pray and exalt His name in our Capital.

Anna continues, “The young women were so grateful for this opportunity! God planted seeds in our hearts and knit us together. Our hearts were expanded to a greater measure of respect, honor and appreciation for our country. It was a privilege to walk with the older generation of Aglow who has faithfully lived and prayed in the DC Area for years. Our hearts were truly joined As One.” 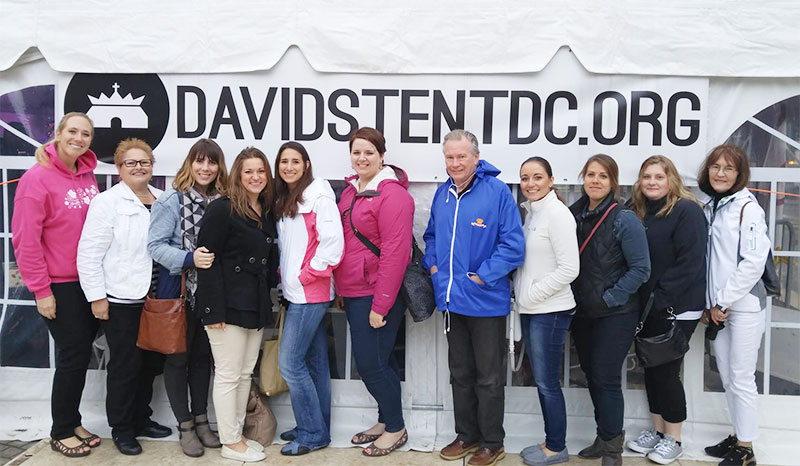 Closing reflections from the trip participants:

I feel like those times were impartations you would never be able to capture in a book or at a conference…. It’s like I am praying now from a foundational stone laid, like laying bricks or nuts and bolts being fastened in. Grateful to all that sowed so we could be changed. -Stacey Dixon, Northwest Generations Regional Director

From the moment when we all met together for the first time we prayed, laughed and walked together in unity. The miles we covered were soaked with prayers and we deposited much on the soil of our nation’s capital. The biggest take-away for me was how important it is to honor those that God has placed in our government. - Kimberly Wiant, Human Resources & Operations Assistant/Partner Services Specialist, Aglow International

What stood out to me the most was the sense of how much God has just got us, our nation, in His hand. Upon returning home I found myself reading the first few chapters of Daniel and was so impressed with how God places His people in positions of authority, to serve the masses in righteousness and justice. It just reminded me how God has planted His people all over. I’ve enjoyed seeing this in action in several different spheres of influence, but hadn’t been exposed to this in the sphere of Government before. - Jessica Wilson, Administrative Assistant-Prayer/Anti-Trafficking Specialist, Aglow international

We learned. We deposited our prayers on the land. We received the seeds in our spirits. We basked in His love and glory. We were surrounded by the love of our sisters in Christ. We left changed - upgraded, revived, refreshed and anointed with authority. I guess the real question is, when can we go again? - Jenn Yezik, Massachusetts