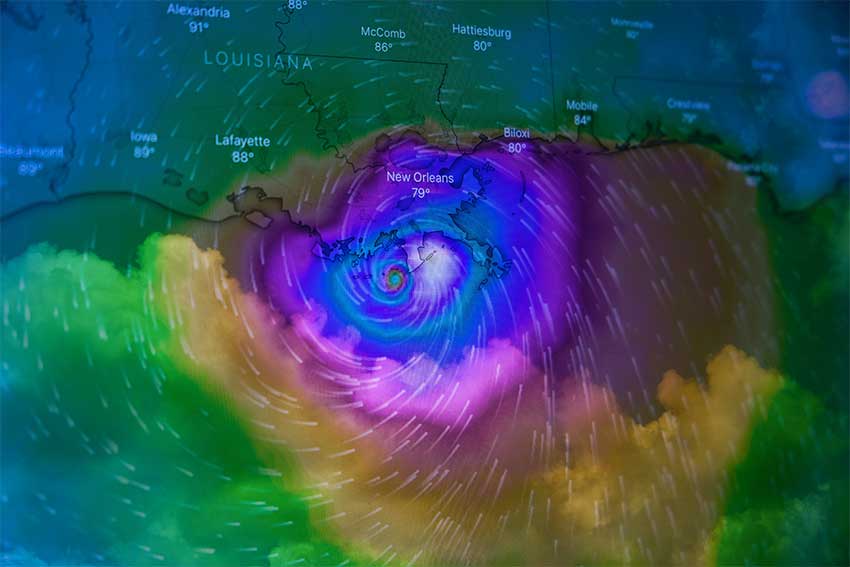 Tammy Hendrix, who wears three different hats in the South/Southeast Region, sent in a report following up on the hit to the Gulf Coast by Hurricane Ida. Here is her report:

"Hurricane Ida recently hit the Gulf Coast, and several Aglow families throughout the coastal region were affected. As Ida passed through, flooding was a problem in Alabama, Georgia and other states, as well. Even the S/SE Regional Director, Glenda Fleming, had to head for higher ground, due to flooding. Glenda went through Katrina sixteen years to the day that Ida made landfall and had several feet of water in her home that year.

Thankfully, Hurricane Ida was not as bad as the storms of 2020 or as Katrina. Last year, on May 27, 2020, the S/SE Region experienced Bertha, then Cristobal hit Louisiana and on August 24, 2020. Laura made her appearance causing forty deaths. Next, Alpha and Sally came barreling through, followed by Delta nineteen days later, and hitting Louisiana. Finally, Zeta hit Louisiana. To top all this off, it was reported that thirty cyclones were produced across the nation from May through November, in 2020.

Anna Lehmann is the Louisiana Emergency Preparedness State Representative and she handled the storm situations in her state last year with excellence. This year, however, her family experienced loss because of Hurricane Ida. The roof was damaged and leaking. Soggy carpet and some furniture had to be removed due to flooding and heavy rains. Even in this, Anna and her neighbors pulled food items from their pantries and cooked meals for linemen and other workers who were in need of a hot meal, as well as those less fortunate than themselves. The Salvation Army and a local church gave out supplies, water and food, too. Neighborhood kids held a fundraiser to take school supplies to two local schools in need. Everyone encouraged each other, and tried to restore hope to the hopeless, by being the hands and feet of Jesus."

As the Aglow family gathered in Orlando, FL either in person or by web cast, Linda Jones made the statement that "Aglow is a gift of God to the community." From Tammy's report, we can see that this is so true! Aglow has been placed strategically around the world to be His hands and feet.