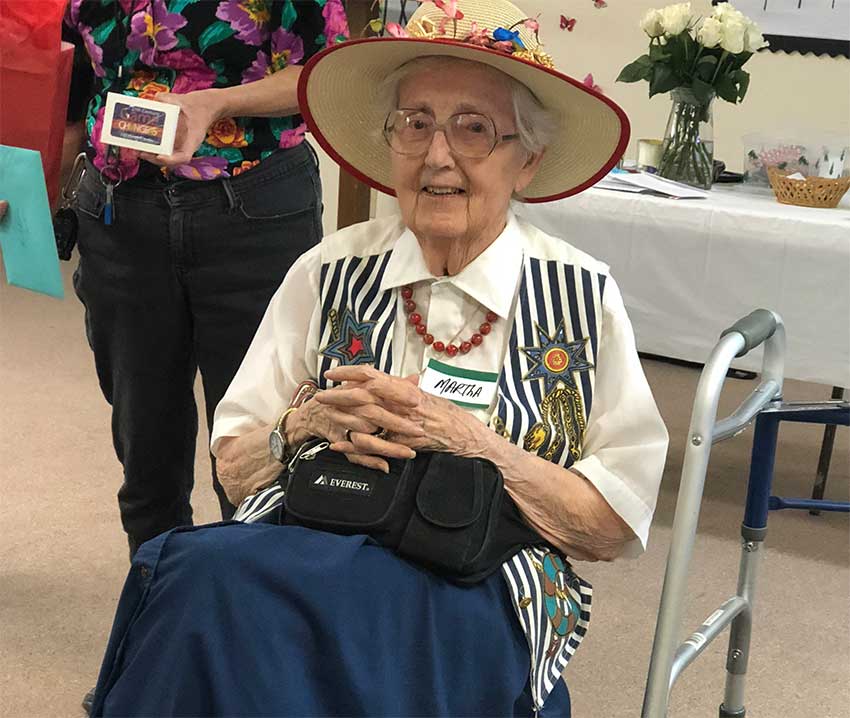 At its May 8 meeting the 29 Palms Aglow Community Lighthouse celebrated the 96th birthday of long-time 29 Palms resident and Aglow member, Martha Edwards.

Martha became a member of Aglow in 1978 and served 11 years as President of the 29 Palms Lighthouse and currently serves as an Advisor.  Martha is a retired educator and loves to read and tell jokes.

In addition to honoring Martha’s birthday, the Lighthouse celebrated Mother’s Day with the Fireside Chat, “Kitchen Duty is a Good Thing”, along with a hat contest. Winners of the hat contest were: Martha Edwards for “prettiest”, Maria Clifford for “silliest” and LeeAnn Clarke for “reusable/recycled”.