Human Trafficking: What can we do? 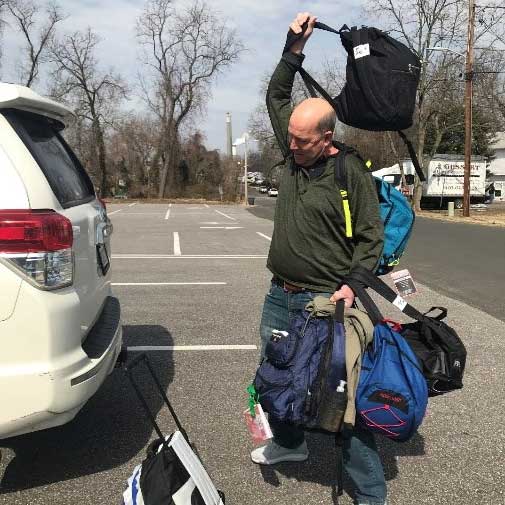 That is the question Pasadena, MD Community Lighthouse in the MD East Area asked themselves after hearing about human-trafficking victims in nearby communities. Leslie Drayer, Lighthouse President, and the team had invited various speakers to share at Lighthouse meetings, including Ed Thomas (Mid-Atlantic’s Regional Coordinator for Anti-Trafficking), a County detective who works with victims, Mandy Memmel (Director of The Well), and Althea Whieldon (from City of Refuge in Baltimore). Several in the Lighthouse had also attended the Aglow Regional Webinar on trafficking held in January. The question kept coming up: What can we do to make a difference?

That question, “What Can We Do?” was answered when they discovered that police, emergency rooms and other service providers often encounter victims of trafficking who have nothing. At their February 2021 meeting, Leslie announced the Lighthouse would be filling backpacks at their March meeting to be given to trafficked victims and other women in need and asked that the ladies bring items.

Donations of backpacks, toiletries, clothing, etc., poured in! After hearing an excellent message on Esther at the March meeting, the ladies set about filling the backpacks. Forty-seven backpacks were ready to go. Some went to the Anne Arundel County Police Department, some went to Mercy Hospital in Baltimore, and some will be going to The Well Ministry. The Lighthouse, whose mission is “to offer a lifeline to those who are sinking,” looks forward to distributing the remaining backpacks during street ministry in the Spring.