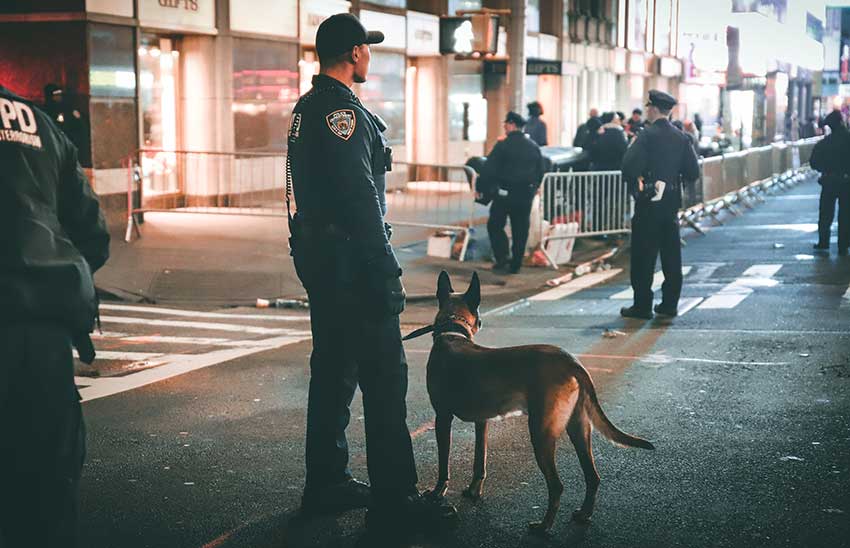 Several years ago, Jean Priest, President of the Duluth, MN Community Lighthouse and a member of the MN NE Area Team, felt the Lord stirring in her heart concerning the local Police Department. She wanted officers to know that there was someone who was praying for them and would welcome particular requests from them for any challenges there were facing. From this, the Aglow Adopt-a-Cop program began.

Jean and her team have partnered with a local church to provide lunch for the officers at different times through the years. They have included neighboring Police Departments as well as the Fire Department. The relationship is growing and the group has established great relationships.

As Jean and her team met to plan how to move forward with most Police Departments being closed to the public because of COVID, Robin Cohoon, VP of Admin, had the idea to put together goodie packages for the families of officers to celebrate a family night. Jean noticed a sale on Christian books for children and devotionals for women and she put in an order.

Next, the Police Department suffered the loss of a canine officer who was shot in the line of duty. For this particular officer who partnered with the dog, it was his second dog to lose in 2 years. Not only was he devastated, the community was too.

As Jean heard the news, she had a flashback to a time in her childhood, she and her brother watched their dog be hit by a car. They were very young and it was traumatic. A friend of the family brought over some books for them and while it did not bring back their beloved dog, they were touched by the act of kindness that Jean remembered years later. This memory spurred her on to gather a basket together for the family of the officer whose canine partner had died.

As Jean contacted her team of helpers, everyone sprang into action and soon she had the basket put together. While Jean was preparing the basket, it occurred to her to pray over the section of town where this tragedy occurred. She feels to keep the prayer going until there is a change in the atmosphere. Jeans feels that prayer for troubled spots in town is another powerful way to assist the police.

Another idea has come forth, too. The team is gathering supplies to keep a basket filled that officers who are going out on duty can choose to take with them. The basket will be placed in the squad room.

Jean said, “I love the team I work with, no matter what idea I come with, they always take it to a higher place or come up with additional great things we can do to support our police.”