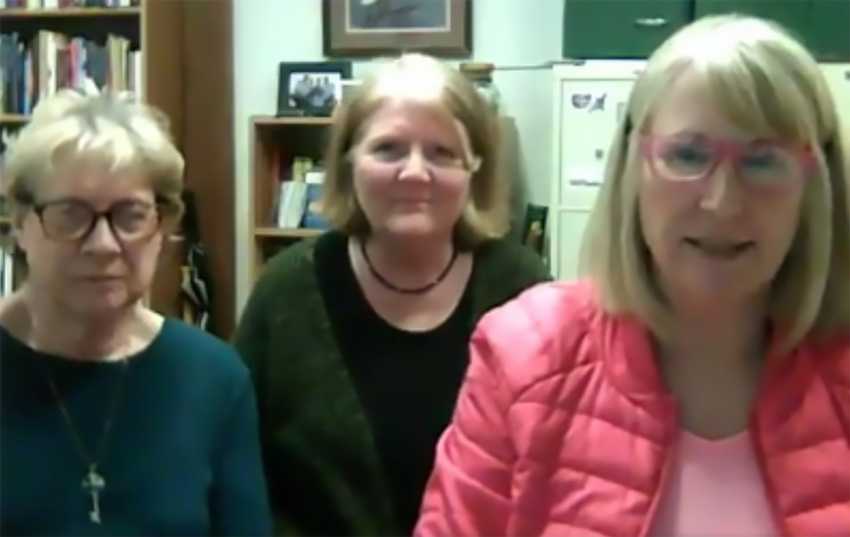 Years ago, Linda Jones, Director of the US Field, said that even though a Lighthouse might close, it still stands in the Spirit waiting for leaders to come back and occupy the territory again. This is exactly what happened in Reedsport, Oregon. The Lighthouse had closed and on March 28, 2018 the Lighthouse was reborn! Congratulations, Reedsport, OR!

As the whole world screeched to a halt in March of 2020, the Reedsport, OR Community Lighthouse was determined to keep the momentum going. Because the community center where they were meeting had closed for public meetings in February, the team decided to reach out into Reedsport with acts of kindness.

One of the first things they did was offer a free pool party to families. Much fun was had by all who attended. Another act of kindness was shown to the nurses and CNAs at a local hospital where lunch was provided, a basket of flowers was given away, and each received a special thank you card.

Wanting to show honor and appreciate to law enforcement, bags of homemade goodies and thank you cards were given to the city police and the Douglas County police officers. Another special time for a small group was when a home was opened to host the viewing of the series The Chosen. It was a wonderful time of discussion and fellowship that was enjoyed by each one who attended.

The team specifically wanted to bless the homeless population in their community. They collected donations and assembled bags of toiletries and other items and distributed them to those on the streets and to others they knew who were in need of help. God is faithful to meet the needs of people so that they might come to know Him as Provider.

This past August, the team had a planning/prayer meeting along with an outside BBQ where they invited all those who have been serving. It was a powerful time to be together and plan for the future. One future plan is to provide thank you cards and bags of goodies for the Reedsport Fire Department.

Feeling the time was right, the team held the first outreach meeting this month – it was the first one since March 2020! They shared all the things they had continued to do while the government closed down public meetings. They continued to actively minister in diverse ways, always looking to the future.

In 2011, Graham Cooke asked us this question: What if the biggest problem in America is simply the lack of goodness? What Reedsport has done by moving beyond the public meeting where they all gathered together is take God’s Goodness to the streets of their community. Suddenly others began to know that there is a group of people living in our community who see us, who want to bless us, and who are reaching out with simply acts of kindness. Be the safe place in your community. It is for this purpose Aglow was birthed. To be His hands and feet in cities, towns, and villages around the world. Well done, Reedsport!