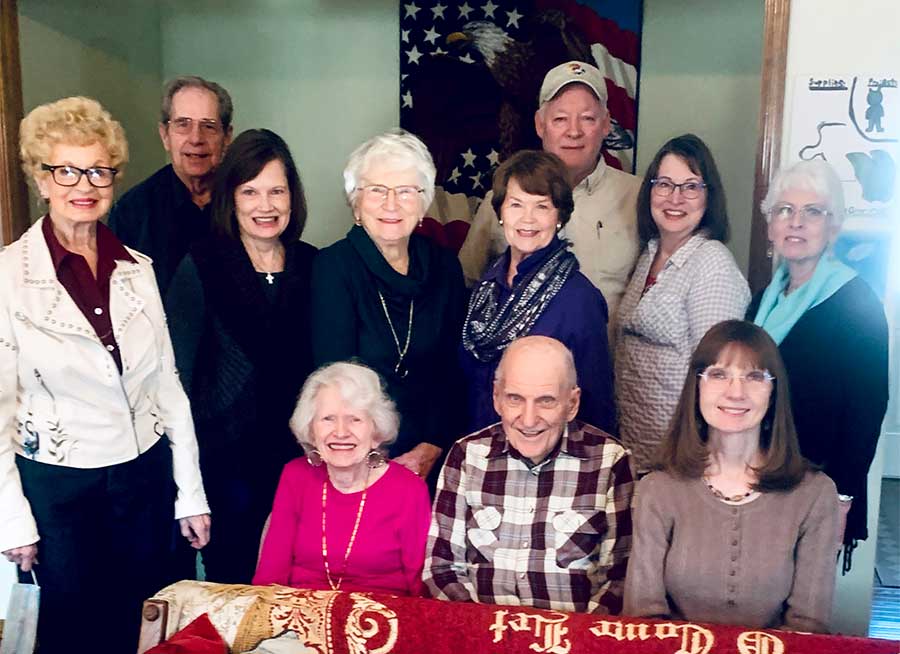 In a recent conversation with DeeAnna Currie, Area President of Kansas North, Shelly Morales, Central Regional Director, related a powerful report to us of what a Neighborhood Lighthouse in Olathe, KS is doing. We are excited to share this report with you.

In the natural, JoAnn Estebo-Walsh would be considered a Senior Citizen. Serving as the President of the Olathe Neighborhood Lighthouse, JoAnn is a modern day Caleb taking on the salvation of her neighborhood for the Kingdom’s sake.

Monthly, the group meets in JoAnn’s home where she prepares and serves a brunch for those attending. The brunch consists of quiche, fruit, salad, sweet breads, and cookies. Before the group arrives, her husband helps her prepare and then helps clean up! What a picture of the male/female working together for Kingdom purposes!

JoAnn walks her neighborhood, knocking on doors and making calls to neighbors to invite them to come to the brunch. This personal touch has caused a flood of new people who are hungry to know Jesus during this pandemic. At every meeting, time is spent praying for every neighbor to know Jesus. As JoAnn leads the ladies in the group to expand their vision, they are believing for a great move of God that starts in their neighborhood and spreads out into the world. That is apostolic leadership in action!

JoAnn shared a personal testimony with the group. For six months, she has been going daily to pray for a young man in a coma. As the group caught the faith she has for his healing, they now join her in believing for his healing and add their faith to hers.

The Lord has given us a prophetic word that says, “Because Aglow has turned her face toward Israel, He is causing a fresh wind to blow over us and not one feeble one will be found amongst us.” Psalm 103 says, “He forgives all our sins and heals ALL our diseases!”

As Jane Hansen Hoyt heard the story, she said, “Go JoAnn!! This is a beautiful story of age only being a number. JoAnn is as active and full of vision as a 40 year old. This story should be put on the Aglow website!”

In a prophetic message given by Graham Cooke at the US National Conference in Washington, DC in 2008, the Lord spoke:

I am looking for a people group to deposit revelation that will shake the earth and will cause Me to come down.

And we are going to see the return of the modern day equivalent of David’s mighty men.

Expect deposits of revelation to come as your Aglow groups meet. Expect ancient anointings to manifest in your meetings. Be expectant!