Prayer On The Square In Okmulgee, OK 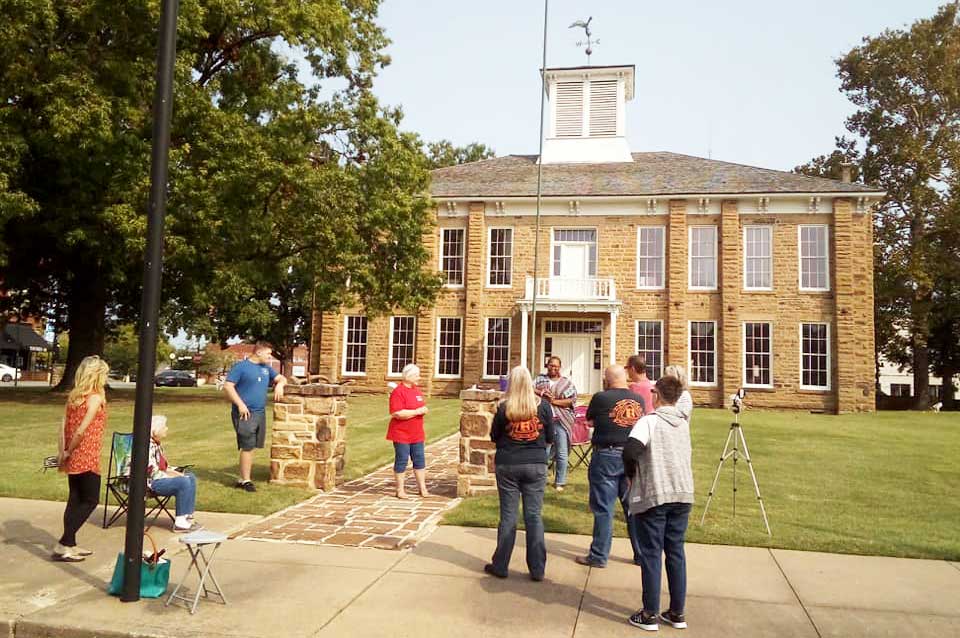 In September members of the Okmulgee, OK Neighborhood Aglow Lighthouse gathered at the Creek Nation Council House in downtown Okmulgee, OK joining with Love International Christian Ministries. Okmulgee is the Capital of the Creek Indians and is located downtown taking up a city block. This was a great location for a prayer gathering to lift up the city, state and nation.

Lighthouse President, Sheryl Chapman, shared with those who gathered about Aglow. She then explained that during the prayer time, she would be blowing the shofar and gave an explanation about the shofar and the sound released.

There were 11 who participated and each one took a part in praying. One Aglow lady brought her teenage grandson and he stood in as they prayed for the students and staff of the schools. A lady joining us from the Christian Motorcycle Association joined in praying for the youth who do not know Christ. She also prayed that those who are Christians would be godly witnesses to their friends and that they would grow in faith.

A lady from Love International Christian Ministries prayed for the group to have a greater boldness as they share the Love of God with others. She made flyers for us to pass around to invite others to come and LICM supplied bottles of water to pass out with Aglow’s scripture, Romans 12:11 on them.

Sheryl said, “Our prayers for Okmulgee covered the City government, local businesses, unity throughout Okmulgee, law enforcement, first responders, our citizens, believers and the lost. For Oklahoma we prayed for Governor Stitt and the leaders and asked God to give them wisdom in all things. Then we lifted up our nation and prayed for President Trump, VP Pence, and all in leadership. We ended by playing Amazing Grace and The Blessing.”

The ministry of Aglow is built upon the foundations of prayer and evangelism. By love each group propels the Kingdom of God throughout their community.

Let us know how your group is advancing His Kingdom in your community.