Freedom From Guilt and Shame 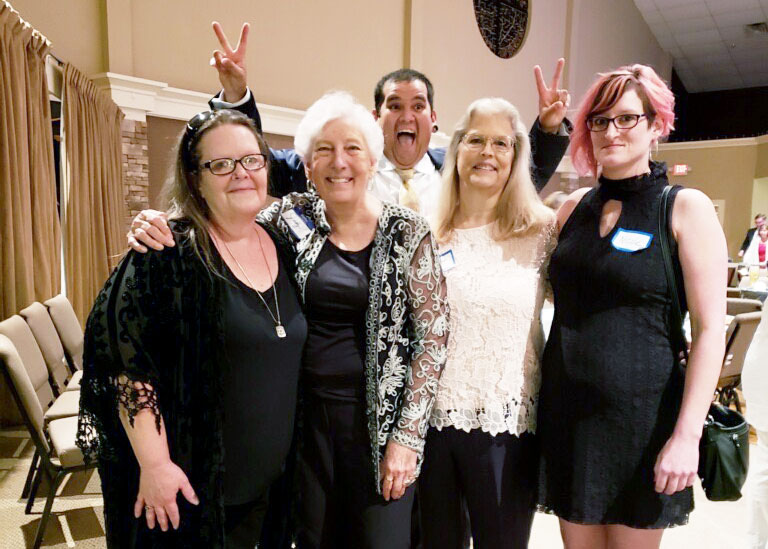 Judy Parks has been a long time Aglow leader in Texas serving in various positions throughout the years. She has been a part of Aglow International since 1970 and has attended and taught all the Aglow Bible studies for many years. Attending a class when Shame, the Thief of Intimacy written by Jane Hansen Hoyt and Marie Powers was first published, her life was forever changed.

Judy said, “I truly can say being led through each chapter and seeing the truth behind the lies set me on a path of no return to guilt and shame. I began to use this study with every Lighthouse and group. The testimonies have not changed. Everyone became free from co-dependency, depression, and low self-esteem, and many other bondages cause by shame. They all began to see and accept the person God called them to be.”

Recently, Judy met a broken and abused woman who needed a mentor. Holy Spirit led Judy to walk with her through the Shame Bible Study. As a result of this relationship, a ministry to active addicts and broken people called The Nest was birthed. When they began a Bible study and needed copies of this out of print book, Aglow gave Judy permission to make copies for the class which was filled with people who were broken from various addictions. Now, they, too, are beginning to see themselves as God sees them.

Because of the success of this study and their relationship with the judicial system, a partnership has been formed and the class has been placed on the approved list for those who are required to attend recovery programs such as AA, NA, and The Nest. Judy said, “We are known for being faith based and are not silenced for speaking about Jesus and the Gospel.”

Judy feels that all Aglow’s Bible Studies are as relevant today as when they were first presented. Judy’s Associate Pastor, a friend of Aglow, shared with Judy that she has used Aglow Bible studies when teaching Sunday School classes, as well as, preparing for sermons.

“Before I started coming to The Nest Shame class, I found myself always battling the thoughts in my head. Things that family and friends would tell me would really eat and beat at me. So, I wanted to do something about it, but was not sure how. Then, I heard about The Nest Shame Class and decided to give it a chance to see what it is about.

Let me tell you that you will understand what it truly means to be naked. Not naked physically but naked mentally and spiritually. You can truly understand what it means to carry guilt and shame by coming to this class and breaking down the characteristics of shame, behaviors of shame, how to identify both and by studying the Bible.

God tells us over and over that having shame and guilt are not of Him. God tells us that:

I have been in the Shame Class a little over two years now and I have absorbed so much about shame, that God has opened a door between my father and me. I am able to help my father with shame, all thanks to my awesome teachers God, Jesus, The Holy Spirit, and Mrs. Judy Parks. We never stop learning and absorbing lessons from God. And if you think or believe that you may have shame and guilt or know you have both, that is a lie, and I strongly recommend this class. Just remember that you are a Child of the Most High and He loves you.”

“Hello, I am a recovered meth addict. When God cleaned me up in August of 2015, I had had many years of mistakes and bad decisions. God blessed me with Judy Parks a few months later. Judy loved me for the train wreck that I was, she started meeting with me every week and helped me know how much Jesus loved me. She saw that I desperately needed to let go of the shame and guilt of my past.

I came from a broken environment as well as a 30-year history with addiction. We started the Shame book from the Aglow Bible study series. God used that study and Judy Parks to literally set me free.

God had given me a vision for a 21-day non-medical social detox that will also help get other addicts into treatment afterwards. I did not have the confidence to chase my calling. I felt totally unworthy, unable, unfit, and ashamed of my past. Bottom line, I could not forgive myself. Thanks to the power of the Holy Spirit, God’s Word, and the powerful lessons taught in that study, I now realize that I am not only forgiven, but I am free to pursue my calling without the fear of my past coming back to haunt me. There is nothing that He cannot love me through.

Thank you so much for allowing us to use that book. I pray that we can continue to use it to share with The Nest clients. God bless Aglow.”