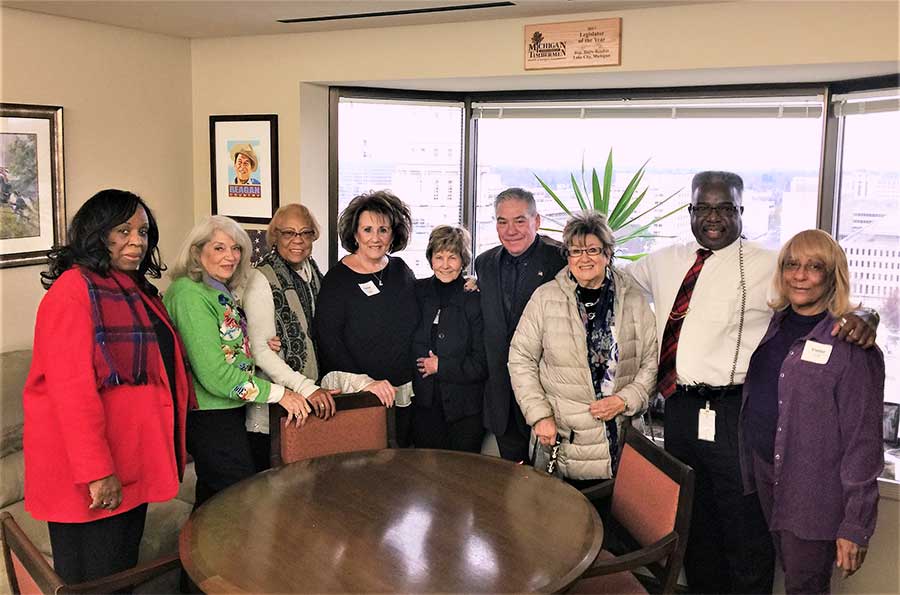 Recently Laurie Lischke, Director of Donor Relations, received a wonderful report from Sally Rousseaux who serves on the Michigan SE Area Team as the VP of Leader Development.

Sally said, “We have been going into our Lansing Capital, praying each month for the last 27 years. Donna Dace, my sister and the former State Prayer Coordinator has been our leader. We have been able to pray with senators, representatives, judges, security guards, and many others. As new members of Congress are elected, we give each one “The Patriot Bible” and have been blessed to pray with each one. Because of the faithfulness, the giving of the Bibles, and prayer, we are known as “the people of the Bible”.

Aglow has been given great favor as they pray and build relationship. Knowing that it is important to pray, this group takes each assignment to heart as they stand in the authority given by Christ.

A time of celebration is planned for early December where all officials and their staff are invited to have coffee, homemade cookies, and prayer.

We would love to hear YOUR story of how Aglow is influencing the elected officials in your state.