North Georgia has come back to life! 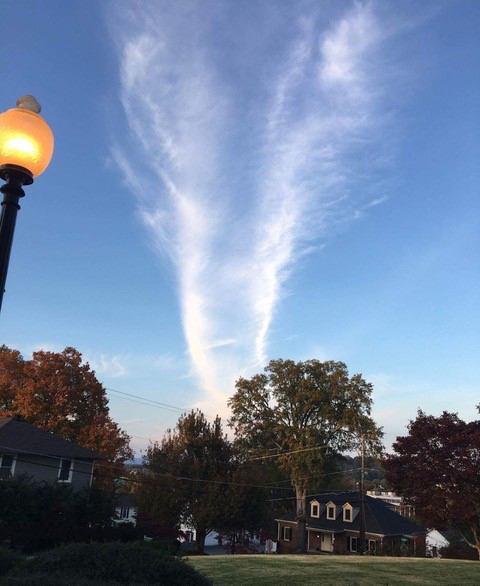 “I wanted to report what our Aglow Area Team is witnessing in North Georgia. It’s unlike anything we’ve ever seen,” writes Carolyn Sisk Williams, North Georgia Area Team President.

Carolyn continues, “Following our Jubilee Conference last fall, God spoke to me very specifically that our North Georgia Area Team was to gather troops and take back the borders of North Georgia. Our Team gathered a brigade from each Lighthouse and we broke up into five segments to prayer-drive our borders at exactly the same time on November 4th. We let Holy Spirit lead the entire journey. All we knew was we were to pray the following scriptures, worship along our routes with songs about the Glory, and drove our *vav’s (tent stakes) into the ground at Holy Spirit’s direction with the scriptures: Zechariah 2:5 'I will be a wall of fire all around', declares the Lord, ‘and the glory in her midst.’ and Psalm 24:7 and 9 Open up, ancient gates! Open up, ancient doors, and let the King of glory enter!

"Since that day, we have had a resurrection of the land. Below are 8 things (new beginnings) we have witnessed in North Georgia since our prayer drive in November. We are watching carefully, treading humbly, and completely wowed by what the Lord is doing. Here’s what we know so far:

"This is just what we know about. We can’t imagine all that’s going on we don’t know about. We are having so much fun watching God unfold all of this.

"Dutch Sheets said at our Jubilee Conference that Aglow had been given Air Superiority. I believe North Georgia has witnessed a small glimpse of what this means. Dutch also said Aglow was going to be the point of the spear going into the Third Great Awakening. And I also believe we’ve seen a small demonstration of this as it pertains to North Georgia.

"During the last stop on our journey, each car witnessed a supernatural sign from the Lord at exactly 6:15pm, which was the time each car finished and began to head home. Below is an image of the sign God showed my group in Rome, Georgia. We knew in our hearts it was a sign of the breakthrough portal Aglow had just entered. It was amazing!

"North Georgia has come back to life!"

*Note - 'Vav' is a Hebrew letter and literally meaning tent peg (also spear). It is what Jael defeated Sisera with. The Georgia team often talks about driving their “vav’s” into the ground with the word written on them to take their ground back. This term has been used for years by intercessors.