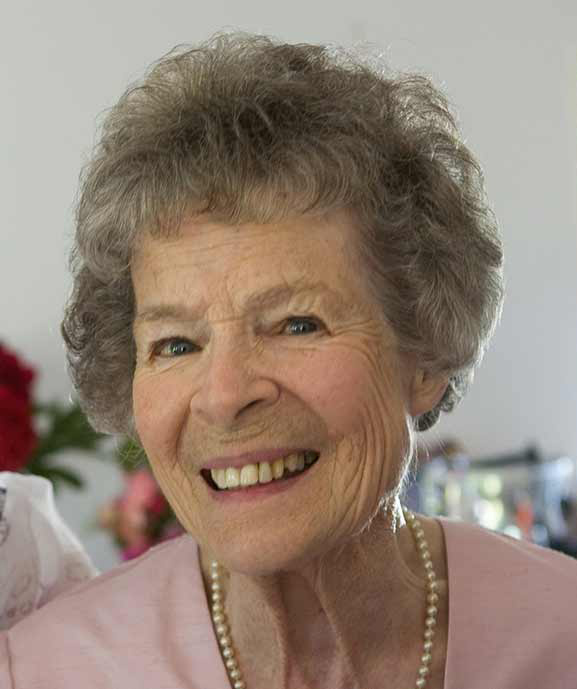 Rita Restall, Aglow New Zealand's first National President, went home to be with her Lord in March of this year.

Overcoming many difficulties in the early days of Aglow, Rita was a woman of great courage, strength and determination, a trail blazer. She had a strong faith, loved the Lord with all her heart, and was a great encourager. Rita also loved her family unconditionally, loved celebrations, and was good at practical things like baking and sewing.

The Aglow New Zealand Historic Pictorial Records reflect: “In the beginning, God heard the heart-cry of many thousands of women in New Zealand who were hungering for a touch of Him in their lives. Though so many loved, trusted, followed Father God, and were faithful in their walk with Him, they knew there just had to be something more.  They knew that there had to be a deeper dimension of living than that which was their experience.”

“Of that heart-cry amongst a small handful of Godly, caring women, Aglow New Zealand was born. These women had such a desire to share the love of Jesus in all His fullness, and to bring those in desert places into the freedom of their full potential as daughters of the living God. Thus Aglow was founded in Blenheim in March of 1974 by ordinary women who dared to say "yes" to their extraordinary God and to trust in Him."

Rita was one of those women.  In November of 1975 she was appointed as the New Zealand Outreach Director, and in July of 1976 a New Zealand Area Board was selected.  The National Office was located in Rita's home in Blenheim until it was moved to Lower Hutt in 1980.   Rita was the Aglow New Zealand National President until she retired in December of 1982.

At the celebration of her life, the story was told that when Rita first opened a bank account for Aglow, the bank didn't quite know what to do, so she was known as Mrs. A. G. Low after that.

Janet Robertson, Past National President, paid tribute to Rita at the celebration saying, “It was indeed a privilege to serve on the National Board with dear Rita, who gave of herself, her time and talents so freely as unto the Lord Jesus Christ.  Now this woman of excellence has been called home to rejoice around the throne, receive her crown and eternal rest. ‘Well done thou good and faithful servant.’”