Aglow New Zealand Prays for the US Elections 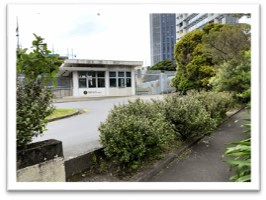 US Embassy in New ZealandNine ladies including the Aglow New Zealand National President gathered recently in Katherine Mansfield Park, in the rain opposite the US Embassy, to pray for the United States of America and the election of a new President.

Below is their story:

The number “nine” reminded us of the Fruit of the Spirit of which was used as one of the weapons of warfare.

The Biblical meaning of “nine” is Finality, Divine Completeness. Jesus died on the cross at the “ninth” hour of the day. The death of Christ was a symbol of the finality of His purpose on earth. He died to pave the way for salvation. He said “It is finished.”

The Triple Trinity is a picture of a threefold enforcement.

The rain stopped as we took Communion and shared it with the land, proclaiming the death and resurrection of Jesus, and His Lordship over our nation and the USA, and proclaiming healing and restoration of both lands. As the blood was sprinkled on the ground we prayed for the safety and protection of the unborn children. (The rain started again as we reached home.)

We prayed into being the last part of the prophecy by David Wilkerson 1986:

"I see a plague coming on the world, and the bars, churches and government will shut down. The plague will hit New York City and shake it like it has never been shaken. The plague is going to force prayerless believers into radical prayer and into their Bibles, and repentance will be the cry from the man of God in the pulpit. And out of it will come a third Great Awakening that will sweep America and the world."

Ps 29:11 The Lord gives strength to his people; the Lord blesses his people with peace.

Below are some of the prayers and declarations spoken during this time of intercession. We continue to trust God now for the final results of the election which rests in His hands:

We prayed and declared: God’s will be done. Army of Heaven come down.

We played the American National Anthem in front of the guard house, and declared “In God We Trust.” We felt we were standing on Holy Ground. We had the sense of completeness as we left.

Jane Hansen Hoyt and all at Aglow headquarters are deeply grateful for the prayers spoken over the United States for the election by Aglow New Zealand as well as other Aglow nations around the world. Aglow, you heard the call to prayer by our leader, Jane, and as true intercessions you responded. May His will be done and His purposes accomplished in America and in all the nations.