Prayer for the Arab Nations 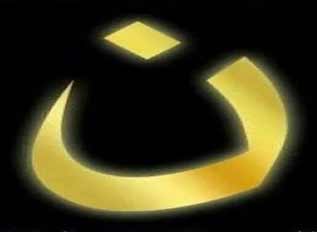 The Arabic symbol “nun”, or N,
stands for Nazarene and refers to Christians.Two Aglow sisters from different *Restricted Nations stood together on the shores of the Indian Ocean proclaiming God’s Word over all of the Arab world.  Both have a love and Godly passion for their nations and their people.  They were brought together through a series of divine appointments and now have an unbreakable bond.

One sister writes, On the rocks of the shore of the Indian ocean, we stood in the gap for the whole Arab world. We shouted ‘Hallelujah’ for the Lord, and prayed for all the countries of the Middle East. We released the sound of salvation, the sound of deliverance, the sound of healing and abundant and eternal life in Jesus, the sound of Heaven.

We declared all the Arabic world for the Lord, and released a new fresh breath of the Holy Spirit to all the Arabic nations.  I came back to my nation with tears in my eyes and fire in my spirit knowing that one day the Lord who is our faithful God will keep His promises and save our nations, because He is a loving God who loves all the world.  Every tribe and tongue and every knee will bow down glorifying His almighty name!  The presence of the Lord was overwhelming.

A recent call from Jane Hansen Hoyt for prayer and fasting for the Arab nations culminated in nearly 700 people from around the world gathering together on a conference call to stand in unity for the redemption of these nations, their governments, and their people.

* The term “Restricted Nation” as used in Aglow is a nation where it is difficult or dangerous to be a Christian. Therefore the names of Aglow leaders and members in nations indicated as Restricted is withheld.