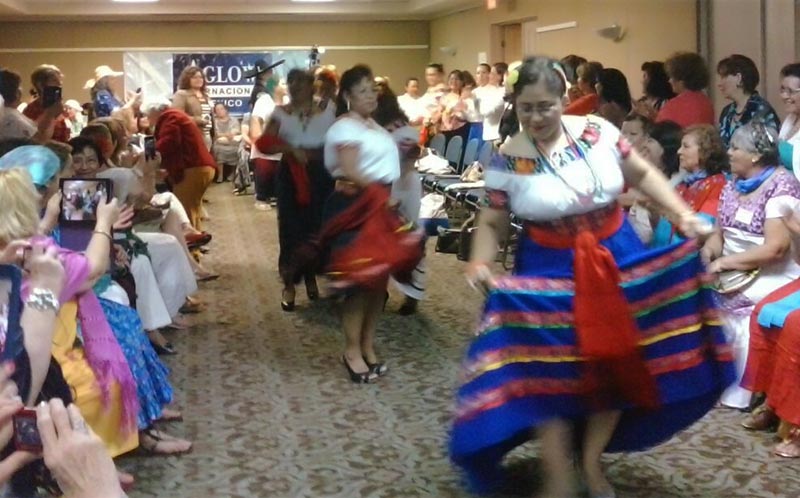 The Aglow Mexico National Board held a wonderful National Conference in Monterrey, Mexico in the month of May.

As plans for this event were being made, Aglow Mexico knew this event was going to be special due to the opposition coming their way. After 12 people had already purchased their airfare tickets to attend the Conference, the hotel cancelled the Aglow contract signed months before!

The Governor had taken over the hotel for the Olympic Games and most of the other hotels in the area were also not available! The National Board scrambled to find another hotel and God opened the way for them to have an even better hotel than the original one.

The theme was "Carrying His Presence" and His Presence was there! The GameChangers messages were powerful as the attendees learned of a revolutionary way of living life and relating to God. Each one left understanding their true identity in Christ and how to look and sound like Him in the earth.

A highlight of the conference was the parade of all the Aglow Lighthouses with each person wearing the traditional dress from their city, state, or region of Mexico. There was so much joy as they danced down the parade route to music of their region. There were judges and prizes were given to the best one in each of the 13 Areas of Mexico.

There was also a time of acknowledging women who have served in Aglow for more than 30 years. They cried as they shared their testimonies of how God has blessed them so much in Aglow and they received a recognition plaque.

It was a "time to remember" as many expressed that this was the best National Convention ever! To God be the glory!