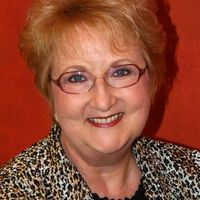 Aglow is remaining active and vibrant around the world even during these restricted times!

One year ago this week the European Aglow leaders were all together in Riga, Latvia and having a wonderful time. No masks, no social distancing, no way of knowing how our lives would suddenly change just a month later. And even more, that the severe restrictions would go on for so long. Now they seem to be our new way of life! At Aglow headquarters we naturally wondered how the Aglow ministry would be sustained when suddenly everything was cancelled. Meetings, prayer gatherings, even conferences and retreats were cancelled due to the pandemic. The whole world was suddenly in lock down!

But we all know that God is never in lock-down!

It took us all some time to re-think our plans and schedules — but before long we were speaking a new language using words like "Zoom" and "virtual meetings". Aglow is God's ministry and it will not be stopped! We can now look back on 2020 and see that it was quite the phenomenal year!

Here are a few statistics from Aglow headquarters in 2020:

In Europe many national leaders reported about the ways they were staying in touch with one another on their national boards, as well as with the local leaders in their nations. While we all miss the freedom of fellowshipping together in person — Aglow leaders have never stopped pursuing relationships together.

At Aglow headquarters we rejoiced to learn about the many weekly prayer gatherings held over the telephone and the virtual local monthly meetings. Several leaders told us how they even held their Aglow National Conference using a Zoom format. I don't want to start naming nations because I will probably miss someone. We were so proud of you each time we received news from the nations!

You may have seen the photo in the news report on the Aglow website of French Belgium, under the leadership of National Committee President Athy Kayimbi, holding their GameChangers meeting while practicing social distancing! Also, Carolyn Jones, Director of European English Aglow, told us the European English groups are beginning two GameChangers courses on Zoom this month.

I would love to share something about every part of the world. So much encouraging news! But let me share a bit about a few places outside of Europe.

In Asia, Aglow is growing and gaining strength even in the midst of pandemic restrictions. In March 2021 the Asia Regional Committee is preparing to hold an All-Asia Leaders prayer seminar via Zoom.

And in Sri Lanka, we just heard that in December the national board, under the leadership of Aglow National President Vasanthi Jaywardene, held a thanksgiving service with over 90 people participating online! Most of the Sri Lankan groups connect on some social media platform. One local president was surprised and thrilled when 16 members said they could join in on a Zoom call for their meeting. She hadn’t known they all had the equipment to do that! During the meeting the electricity when off, but somehow they finished the meeting by phone! In February the Sri Lanka national board will host an online Leadership seminar and the main teaching will be titled – Leadership in a time of transition

Along those same lines, this week in Guatemala National Aglow President Cony de Morales is hosting their first Leadership Day of the year under the theme: You are still assigned for this time! And European English will have a virtual conference in March under the title Steadfast. Do we see a theme here? Aglow leaders around the world are holding steady and leading Aglow forward in the strength of the Lord!

In South America Regional Committee Chairman Nely de Bottino and the 9 national presidents met by Zoom every day through most of 2020 to pray together for their nations. They prayed together for 2 nations each day, and on Saturdays they prayed for the United States.

And just last week they reported about their South America Regional Conference that was held in December via Zoom. This was a big step for them. South America is a huge continent and regional conferences have been far too expensive to hold regularly. Plus, few outside of the host nation could even attend due to cost and distance. But this time everyone could attend! They estimated more than 500 people took part from all the nations of South America, plus 3 nations in Central America. And during that 2 hours of the conference they received 790 comments!

We have heard of similar successes in other parts of the world.

Aglow leaders in several African nations have sent us pictures and stories of outreach events they have held in their nations, delivering supplies to hospitals, villages, groups of people in need during this chaotic time of pandemic.

I hope you are reading the news stories we post on the front page of the Aglow web site. We post two new stories each week where you can read about the most inspirational things happening around the world in Aglow.

All this to say – we Praise God for every leader in Aglow around the world. And we thank you for everything you are doing to keep Aglow active and vibrant in your nation.

This is God’s ministry and He is sustaining it!