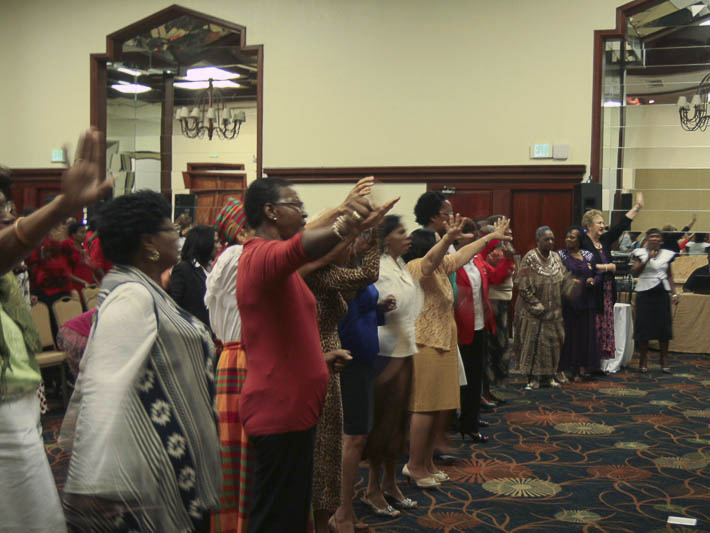 In August, the St. Maarten Aglow Candlelight invited the Anguilla Aglow Candlelight to join them for their Awakened Celebration Day for another opportunity to strengthen their relationship. The island was also just days away from its parliamentary elections.

Cassilda van der Neut, Aglow Area President, writes, “Those of us who attended the Aglow 2011 International Conference were not surprised that for the first time in the island’s history so many women had postulated themselves as candidates."

"For some time, our Aglow ladies and believers at large, have been sending an appeal to Heaven, knowing that our island is at a crucial stage demanding change with Heaven’s intervention. We know that the Kingdom of God must be established, and that structures in our nation must line up with Heaven.”

The invitation for the event was extended to all women’s groups, faith based groups, GO’s, NGO’s, members of the High Council of States, and most especially all the female candidates. The response was extraordinary with over seventy ladies in attendance. The celebration began with a wondrous time of worship and a word of greeting from Kathleen Richardson, Aglow National Director Eastern Caribbean, Cassilda van der Neut, who also serves as Mrs. Richardson’s assistant, and the CEO of the Chamber of Commerce. 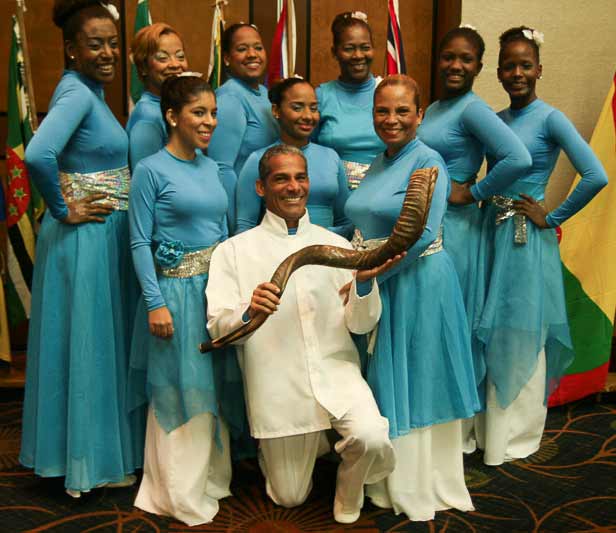 The morning activity continued with acknowledgment of the candidates that were present, the High Council of States, National Director, Anguilla Candlelight, other group representatives, and all other invitees. The group shared the Lord’s Supper, had prayers for the nation, particularly for peace and tranquility during the election, and an appeal for the Father’s will to be established this next parliamentary four years.

The event concluded with a sumptuous breakfast which was fully financed and sponsored by the local Chamber of Commerce.

Cassilda writes, “Because we had no funds to provide the breakfast, we thought, why not request help of one of these entities that usually sponsor carnivals and the like. Indeed we were favored, and our request for help was answered. We continue to learn to trust God to provide from areas least expected.”

Before parting, the Aglow leadership encouraged the ladies to become members of Aglow and informed them about the upcoming regional conference in the Dominican Republic (which took place in Santo Domingo in October 2014).

Note: This year at the 2014 Aglow U.S. National Conference Chuck Pierce said, “Last year was the year women took a lead in stirring up the earth realm again. This is the year God will use YOU to initiate a new movement. YOU are going to be used to shift things off dead center and shift things into a new glory realm. Women begin the shift. This is a year women will make great announcements.”