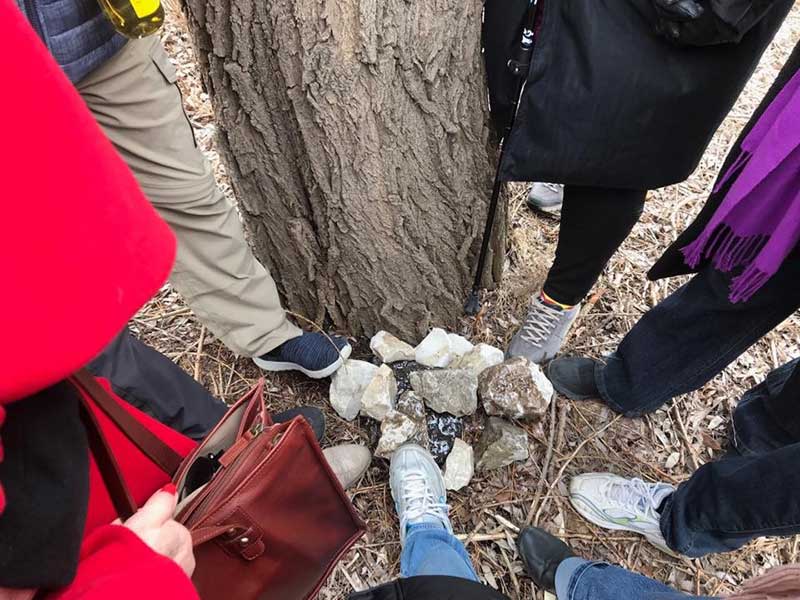 After an Apostolic/Prophetic outreach to Scarborough Ontario and Kindersley Saskatchewan the Aglow Canada Outreach Team sent out a newsletter about their journey. In the newsletter they write, “We are in a season of advancing even before we understand. It is a season of faith and obedience before reasoning with our mind. Often before we get the complete picture, the ‘right time’ has passed. We end up arguing with God if we wait until the ‘logical’ time.

Jane Hansen Hoyt released this text in her letter, Because You Asked.

Prophetic means you sense something. You might even see it in the eye of your spirit, but it hasn’t become reality yet. Apostolic breaks the way open for what you’re seeing in the prophetic realm.

We have just finished two apostolic/prophetic outreaches in Scarborough Ontario and in Kindersley Saskatchewan.

The strategy we received for Scarborough was to go in and follow the Holy Spirit to make declarations over the harbour area and the cliffs overlooking Lake Ontario. We sensed we were to make a beachhead in the Spirit for the sake of the Kingdom. What Jesus said in Matthew declares that the gates of the enemy cannot overcome or overpower the government that God honours on the Earth, His Ekklesia.

We sensed the Elisha anointing as He spoke to us from 2 Kings 3. We also built and anointed an altar on the shore to formally dedicate the land to our King! We declared God as the original owner- the holder of the title deed.

After Scarborough we headed west to Kindersley, Saskatchewan. It was a different strategy there as we worked alongside an apostolic church. We got the vision of a train moving along but I felt like Aglow was an extra engine added to help them get to their next level or next season.

It is a season of faith. It is a season of advancement. We can allow circumstances to rule us, or we can rule our circumstances. Just like that ice breaker has to overcome the ice that blocks the journey; we must learn to follow the leading of the Holy Spirit that will always lead us to triumph.

Both outreaches were about the right strategy, the right divine connections for the right time. Aglow Canada, arise as way makers, as Kingdom fighters, as champion warriors, as prophesying apostolic builders for the sake of the Kingdom for Canada. Jesus promised: “The gates of hell will not prevail!”

Another advancement is coming in July when a team is going in to Nova Scotia to open up old wells and also to discern new ground there in the Kingdom. We believe Nova Scotia is a major gateway into Canada historically and we will be on the ground to see what the Holy Spirit will open up through Aglow.