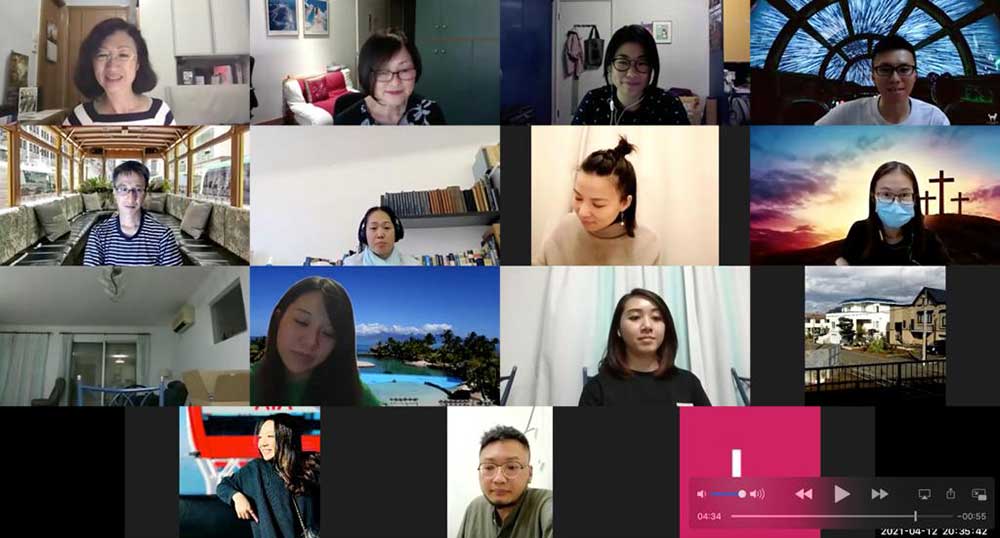 First things first - with the pandemic, we had already shifted everything to online Zoom meetings only, which had some unforeseen pros and cons. Pros include being able to invite people from other parts of China or around the world (who are from Hong Kong, but are stuck somewhere else or have moved there temporarily), being able to record meetings for those who aren't able to make it, less travelling time for everyone which means more attendees, and more intimate discussion time as people are in their own breakout rooms. Cons include not being able to eat together (which we did before), YouTube worship (still not as nice as worshiping together in person!), and people feeling a little less connected to each other.

We've even had a few online social gatherings, where we played games online, got to know each other better, and prayed for one another. That's been fun too; a big favorite has been online Pictionary! Last December, we had a special outreach gathering, where we invited our non-Christian friends and several young adults (including me) shared our testimony. We got some pretty good feedback that night! Though there weren't any conversions, I had a friend who said she now understood the Christian faith better, while another said several of the testimonies really encouraged her in her Christian walk.

Another big plus is that Silas (my co-leader) and I had many more chances to work on our teamwork, especially in terms of translating for each other. There are still things we need to iron out, but otherwise, the planning process goes much smoother now than before. We're currently doing a sort-of "mini-series" on Game Changers stuff, with topics catered to what people in the group are interested in. Our meetings have also changed a little to be more discussion-focused, with a short wrap-up message at the end (plus Q&A and prayer time).

Fast-forward to now, restrictions are more relaxed here, since the vaccine is out and cases are way down. This means we've moved our socials to physical meetings, although we're still meeting online for our regular meetings as they tend to involve more people. We're hoping we can meet physically for our next meeting in June, but that largely depends on these next few weeks. While it may not be completely back to normal, I know people have been itching to meet up again.