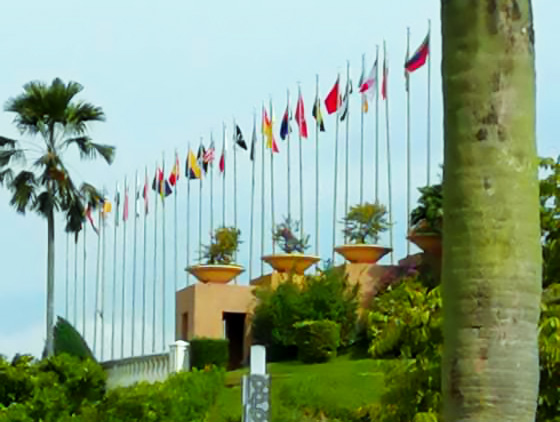 As follow-up to the prophetic word given by Chuck Pierce during the 2017 Jubilee Conference regarding a coming move of God in Asia, a prayer walk was planned by Aglow Malaysia recently.

The day before the prayer walk, leaders were given a teaching on Air Supremacy and explanation was given about the assignment. The group of intercessors was kept small in order not to draw attention and consisted of the Regional leader and the National Board members. There was a time of briefing with the 5 “frontline” intercessors and the 5 “base-camp” team members who stayed behind to cover the group in prayer.

Keeping in mind specific promises and prophetic words given to Malaysia that “a tsunami of revival will be coming” and Malaysia’s Destiny is to be “a Revival Catalyst for the Golden Gate nations”, the intercessors departed for Putrajaya which is the seat of government in Malaysia.

The group went to the following strategic places to pray:

As a result of the prayer walk, the intercessors believe the following is linked with the prayers declared at the seat of government:

With the prayer journey being conducted at the time of Easter, it was felt that the Resurrection power of Christ was there with them. Aglow Malaysia plans more prayer walks in the future. It is a new day for the nation of Malaysia!