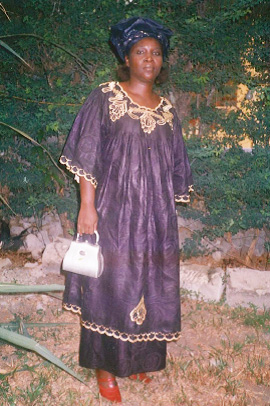 Sierra Leone is a nation on the north-western coast of the continent of Africa with some interesting facts in its history. As a colony it was founded by British philanthropists to relieve the horrors of the slave trade. Today, even though a small country, there are 16 ethnicities living within its borders. That means 16 different social groups, each with its own national or cultural traditions. Truly a nation of diversity.

Sarian Kemoh has been an Aglow leader in Sierra Leone since 1992. First serving as Local President in the capital city of Freetown, since 2004 she has served as National Assistant for Aglow Sierra Leone, relating to the Aglow West Africa National Director, Augusta Odoteye.

Like nations all around the world, Sierra Leone has suffered the restrictions of the COVID pandemic. But, as Sarian recently wrote in an email to Augusta, “By His grace Aglow is still on its move in this nation.” Sarian went on to describe the ways she and her team of Aglow leaders are reaching out in their capital city of Freetown. They are coming together in weekly Bible studies and quarterly potlucks. They also do visitations to various churches that are newly established in order to tell them about this ministry and get them to embrace Aglow.

Sarian said, “We are not playing, we love Aglow!” Later this year Sarian is planning to travel “up country” to respond to Aglow interest in the towns and villages in the northern part of the country.