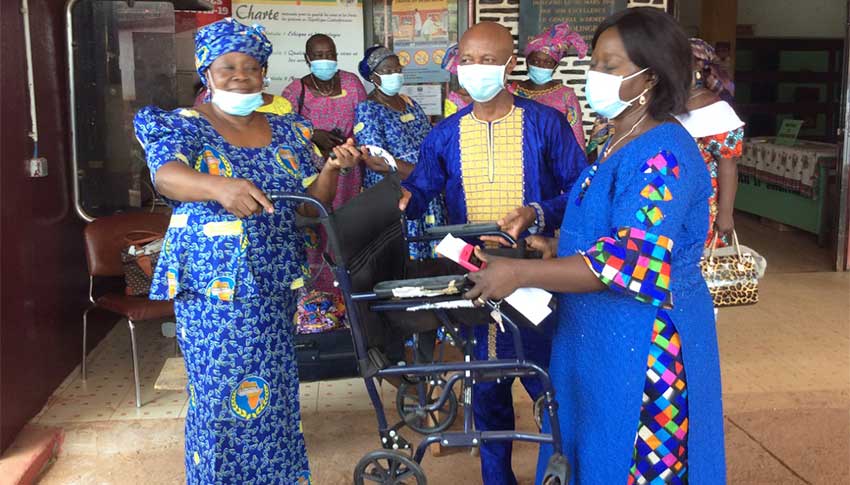 Since February 2020, the Ivory Coast Aglow National leaders created a WhatsApp platform to exchange with all chapter Presidents and to encourage them. A day of reflection and prayer for the nation was hosted. They participated in the prayer for the peaceful elections with an association of women missionaries from French-speaking Africa and a Christian Women's group for peace and reconciliation.

The Central African Republic Aglow has also had activities going very well. They were able to donate to a local hospital and found ways to be a blessing in these challenging times. ​See Aglow Central Africa Republic Outreach During COVID-19.

The political situation is not good in ​​this nation at the moment. The Aglow National President of ​C.A.R., Marie-Louise Yakemba, asks for a prayer that the rebels do not attack the country and that peace will return. There are rebels who want to overthrow the current President who was re-elected. The Central African Republic is now in a state of emergency with curfews in place.

Lord, we thank You that You hear the faithful prayers of Your people in Ivory Coast and Central African Republic. We stand with them and declare Your peace over their government, people and nations. May You settle and establish Your plans and purposes for their lands.